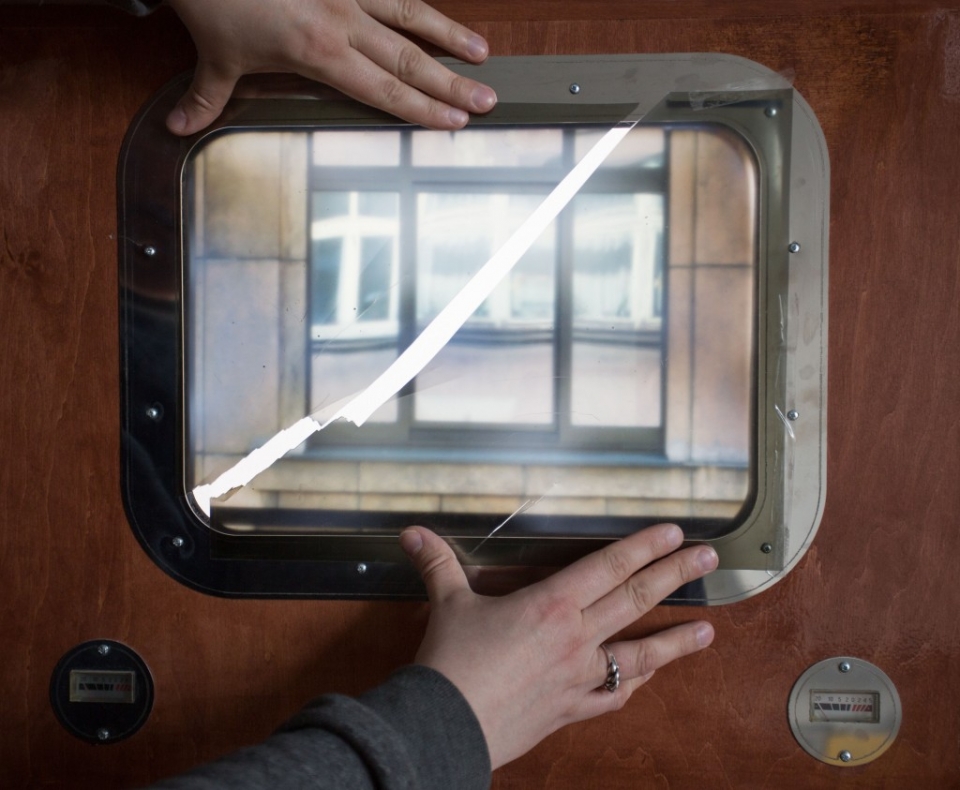 On 16 May at 19.00, the floating Gallery Noass (AB dambis 2, Rīga) will host opening ceremony of Where Does Poetry Come From?, an exhibition by the Orbīta group of poets and artists.

The members of Orbīta (Artūrs Punte, Vladimirs Svetlovs, Sergejs Timofejevs and Aleksandrs Zapoļs) have decided to seek answers to the trivial question that poets are often asked – how and where does poetry come from?

Is it mechanical design or rather an idiosyncratic chain of revelations? The entropy of creativity or the rhythm of disintegration? Something in the air or a special state that one can enter and later exit? Four poets embarked on quests for the truth and now return with their versions of the answers that have assumed the form of four installations within the exhibition spaces of the floating Gallery Noass.

Artist and Gallery Noass Director Dzintars Zilgalvis stresses that for many years Noass has carefully followed Orbīta’s activities in the form of multimedia works that exist in the uninhabited space between literary and visual art, “”Their installations are powerful works of visual art, although the artists tend to be perceived as poets or as a text group. They have participated in the Venice Biennale’s collateral programme, at the Cesis Art Festival, been exhibited at the Kumu Art Museum in Estonia and in various group shows in Latvia, and yet they are more highly rated by representatives of informal culture, as opposed to institutions that, for example, build art collections...” Zilgalvis compares Orbīta to the 1980s group NSRD: “Back in the day, the creative activities of Hardijs Lediņš and Juris Boiko were also more highly appreciate by representatives of informal culture. It is now, through the efforts of the Centre for Contemporary Art to systematise and promote its creative output,  that NSRD has been classified as a notable Latvian cultural phenomenon. It is my great wish that significant group of artists, Orbīta, should not disappear from the visual art scene, and therefore I look forward to the exhibition with great joy. On this occasion, the artists have adopted a new position – whereas typically Orbīta’s installations are created as group works, this time each artist has devised a separate concept and created his own installation. I leave it to the viewers to appreciate the result!”

Orbīta is a group of poets, photographers, musicians and multimedia artists, which has actively participated in the Latvian cultural scene since 1999, creating performances and art installations, publishing bilingual literature, collections of articles, photo books and research literature. To date, Orbīta has performed in the USA, as well as in many European countries including the United Kingdom, Lithuania, Estonia, Germany, Finland, Italy Russia, Croatia, Slovakia, Ukraine and Serbia, etc.

The group was participated to great acclaim (in the form of nominations and awards) in several Latvian and international competitions and events on the visual art scene: it has been nominated for the Purvītis Prize and Kuryokhin Prize, been exhibited at the Cesis Art Festival (2012, 2014, 2016), KUMU Museum in Tallinn (2014), Survival Kit festival in Riga, Berlin Poetry Festival, as well as at the Zebra poetic video festival in Berlin. Currently, two works by Orbīta are on view at the Latvian National Museum of Art  – in Portable Landscapes,  an exhibition dedicated to the centenary of the Latvian State.