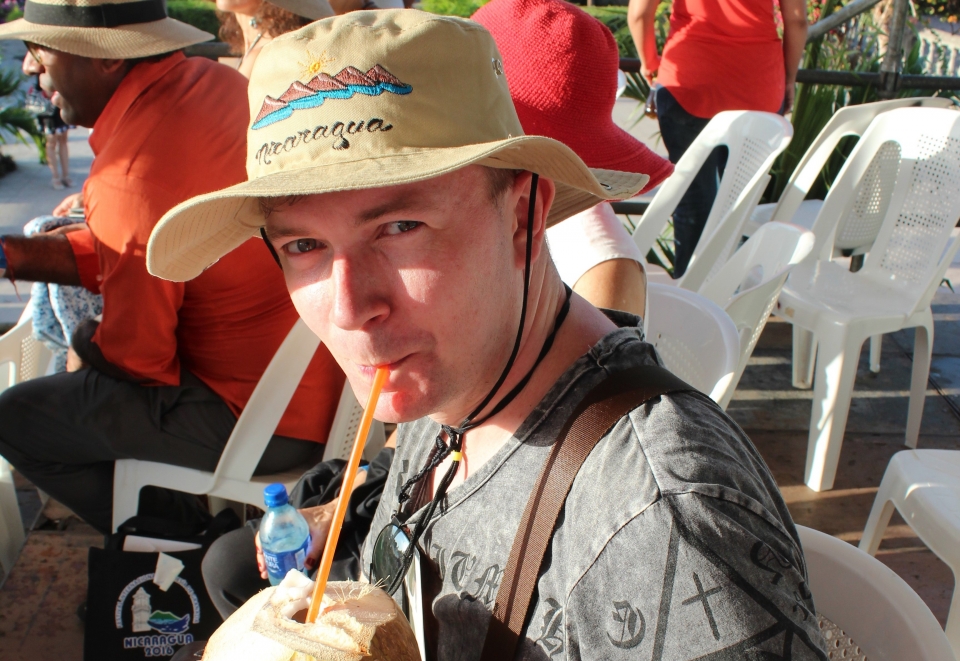 This has been a successful year for Kārlis Vērdiņš. He has received most of the main Latvian literary awards for his two collections of poems – "Adults" written for adult readers and "Daddy", for the younger audience. In 2014, his honest and heart-warming poem "Come to Me", about sparing your last sandwich for your loved one, was listed among the world's 50 greatest love poems, and last year, a selection of his poems under the same name was published by Arc Publications in Great Britain. He is currently about to go to the USA in order to do a doctoral degree in Comparative Literature. In this interview, Kārlis reveals why everything was better in the olden days, and explains how parties become hard work once you get older.

This year was great for you – you got "Laligaba" award for your collection "Adults" and Jānis Baltvilks Prize for "Daddy". Has this humbled you?

Even worse – "Adults" also received the Author's Prize from the Latvian Authors' Association (AKKA/LAA) and the newspaper "Diena" annual culture award. I'm almost embarrassed to tell people I have received so many awards.

You have now discussed coming of age, have talked about relationships between kids and parents... What next? Something darker? Maybe you will start complaining how it used to be better in the olden days?

I cannot go any darker! That's why conceptual poetry intrigues me, because I want to look at poetry writing from a completely different perspective, not to repeat old tricks. But in general, you're right – everything was better in the olden days – at least I wrote poetry more often.

How bad is it? I heard somewhere that school children call you an "old man". Do you go to parties at least, or is that "not your thing" anymore either?

The parties have also changed – we used to have only alcohol, now you can have snacks as well. And children of all ages running about, so everybody is mostly worried if a child is going to fall over, pull the table cloth or beat up another kid. Partying is not entertainment nowadays, it's hard work.

I know you hate to be asked too much about the titles of your books, but  I must admit that the last two are almost “begging for it”. How did they come to you?

I want the title to be as dense as possible. For instance, what does “Me” stand for? All sorts of things. It seems simple – I am me. But when you start thinking about writing a poem about that “me”, and in what ways my “me” is different from other person's “me”, it appears to be difficult to define such differences. And “Adults” is a similar title – as a child seeing films advertised on TV “for adult audiences only” it seemed exciting to be an adult. Now this word has obtained several and varying meanings. I think my poems reflect those.

Your poems have been described, even by you, as "simple". Is it not more difficult to tell it simply?

Yes, I like polished texts where unnecessary ambiguities are avoided and all words contribute to a common goal of the poem. By the same token, I believe that this goal can be helped by all kinds of ornaments, jokes, quotes, banalities, well, all you can possibly imagine. The main thing is for them to fit in the poem. To tell it simply is very difficult, that is why I write so little.

It has been four years since you and three other brilliant Latvian poets – Inga Gaile, Arvis Viguls and Anna Auziņa – composed texts for the poetry and music project "The Soundtrack of our Lives". Would you say the future of poetry lies in similar performance methods?

The part about “the four brightest poets of their generation” is, of course, just a marketing trick. Another fantastic four could have been picked in stead of us. Such performances allow for delivering poetry side by side with other art forms, an audience attending a poetry reading gets to learn about bands like "Sigma", while "Sigma" listeners get to know about poetry and choreographers at the "Ārā" troupe. I believe that the main achievement of such events is that they encourage listeners to read a book of poems afterwards.

Your performances are always exciting. Since "Come to me" came out, you have been on a world tour almost like a rock star. How important is it for a poet to be a good performer?

After „Come to Me” was published, I had readings in Great Britain and Ireland and I was attending festivals and other venues. Latvian readers know me but the English speaking audiences often saw me for the first time, therefore I had to pick myself up and accept the challenge every time anew. Strangely enough, listeners in English seem to perceive my poems the same way as Latvians, which makes me think I have been very lucky with the translator Ieva Lešinska. And both reviews of the book in English magazines were surprisingly positive.

Your collection has been translated and published in English, poem “Come to me” was included in the latest selection of the world's top 50 love poems. On top of that you have received two of the biggest Latvian literary awards. Are you high on success now?

Not at all. I write so little of poetry, which is why the books take long to compose. I am grateful for the recognition, but my greatest prize remains inspiration which makes writing a poem possible.

Is this why you're leaving us for the USA so soon?

I've been wishing to study outside of Latvia. The doctor's programme at Washington University of St. Louis felt like a good opportunity for me to study Comparative Literature and get to know what the approach to literary research is like in the US. I am in no way leaving you. "I’ll be back," as the Terminator once said.