Latvia to be represented at the international Leipzig Book Fair

Latvia to be represented at the international Leipzig Book Fair 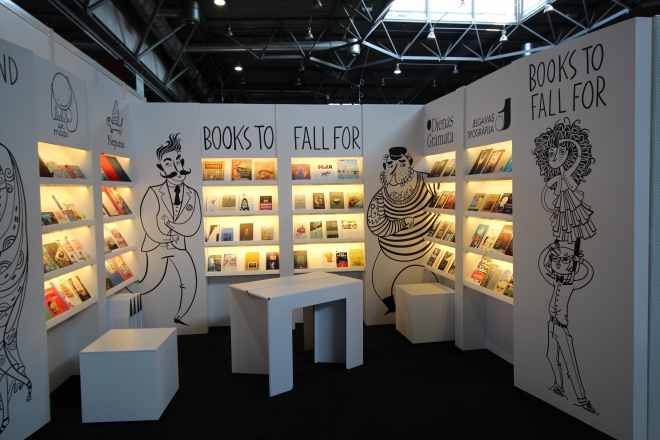 Latvia will participate at the Leipzig Book Fair from March 17th until March 19th with a stand for its literature and publishing. Latvian poets and writers will also take part in the Book Fair’s literature festival "Leipzig Reads" ("Leipzig Liest").

On March 17th 10:00 there will be a reading from the book "The Art Detectives – Secrets Behind The Paintings" by Latvian children’s book author Luīze Pastore and German translator Britta Ringer, which will take place at Lesebude 2: Halle 2, Stand F601. As part of the reading, the audience will have an opportunity to get to know the popular Latvian book series The Art Detectives: "The Lost Monkey", "The Invisible Man", and "Coming of a Stranger" ("Neputns", 2015) where the main characters – a boy and a girl, find out the real history behind art and artists through fantastic adventures and travelling through space and time. The educational and entertaining series "The Art Detectives", which was awarded a 2015 Annual Baltic Sea Region Jānis Baltvilks International Prize, is a series that has been well received by children, parents and teachers in Latvia.

At 17:00 at the Leipzig Book Fair in Halle 5/K206, there will be a launch of a bilingual anthology of Latvian poetry "Become a Ghost" ("Werde zum Gespenst"), published by "KuentslerhausEdenkoben Der StifungRheinland-PfalzfuerKultur" with participation of the publisher and some of the creators of the anthology, including the book’s compiler, German poet and translator Hans Thill, Latvian poet, playwright and director Inga Gaile and German poet Jan Kuhlbrodt. Readers will be able to learn about the creation of the anthology, which features several prominent Latvian and German poets, as well as listen to readings of some poetry featured in it.

On March 18th 10:00 there will be a reading of the story "While the Parents Are At Work" ("Während die Eltern arbeiten") by Latvian writer Inga Žolude and German translator Britta Ringer, which will take place in Lesebude 2: Halle 2, Stand F601. This reading will introduce readers to Žolude’s collection of children’s stories that she is currently working on, which tell of the adventures of children while their busy parents are at work. This collection of stories will be the debut in children’s literature for Inga Žolude, who is a a celebrated and award-winning Latvian writer.

On March 19th 11:30 the public is invited to a reading of work from the short story collection "A First Time for Everything" ("Alles zum ersten Mal") by young Latvian writer Daina Tabūna and translator Markus Roduner in Forum OstSüdOst: Halle 4, Stand E505. It will be a presentation of work from the debut short story collection of Daina Tabūna "The First Time" ("Mansards", 2014) that tells stories about growing up, and which tries to answer the question of how to prepare for life as an adult if it comes with new and unprecedented things. On 2015 this collection of stories  was shortlisted for the Annual Latvian Prize for Literature for Best Debut, and was also well-received by readers in Latvia.

At 16:00 there will be a reading by Latvian author Inga Žolude and translator Andreas Jäkel, which  will take place in Forum OstSüdOst: Halle 4, Stand E505, with excerpts from  her latest book, a short story collection entitled Stories ("Dienas Grāmata", 2015) about the creative struggle of writers.

At 18:00 at the social and culture center naTo, there will be a poetry evening entitled "Poetry from the Baltic States" ("Poesie aus dem Baltikum"), showcasing some of the best young poets from Latvia, Inga Gaile and Arvis Viguls, as well as Lithuanian poets Benediktas Janusevičius and Indrė Valantinaitė.

The general public is welcome to visit Latvia’s publishing and literature stand, which will present books by authors at the book fair, Latvian works awarded the European Union Prize for Literature, a collection of adult and children’s literature from the catalogue "Books to Fall For", sample translations of new works by Latvian authors and Latvian books translated in German and other languages. The Latvian publishing and literature stand has been designed by Latvian designer Jānis Mercs and features illustrations by young Latvian artist Elīna Brasliņa.