Nora Ikstena and other Baltic authors visit the UK

Nora Ikstena and other Baltic authors visit the UK 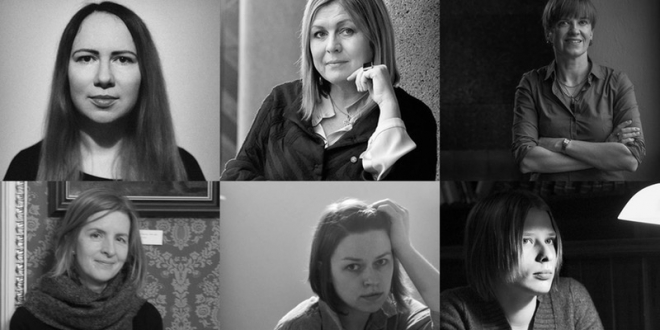 1st – 3rd June, six women authors from the Baltic states will be visiting Great Britain to give readings and participate in discussions in London and Oxford. Latvia will be represented in these events by writer Nora Ikstena and translator Kaija Straumanis.

While getting ready for 2018, when Latvia, Lithuania and Estonia will be the Market Focus countries at the London Book Fair, this June offers a compelling programme of cultural events inviting British readers to meet six women prose writers, translators and critics from the Baltic states – Nora Ikstena (LV), Kaija Straumanis (LV), Ausra Kaziliunaite (LT), Karla Gruodis (LT), Maarja Kangro (EE) and Johanna Rossa (EE). The tour includes literary evenings and discussions with particular focus on the role of women as authors of original works in the Baltic region in the 19th century, the Soviet era and contemporary literature.

On 1st June, the Baltic authors will be performing at Cartographies of Silence in one of the most famous “Waterstones” book stores in London – “Waterstones Picadilly”. The event will be hosted by a British writer, editor and critic Lucy Popescu, who will be discussing with her guests the traditions, history, and the role of women in the Baltic literature.

On 2nd June “Waterstones” book store in Oxford will be holding a reading and discussion event  Poeting in Translation, hosted by a British poet Dan Holloway. During the discussion, the panel will be exploring the growing demand for translated literature among British readers, as well as the future of other European countries in this market.

The tour will close on 3rd June in St Anne's College, Oxford, which will be running a panel discussion on literature in the Baltic states The Bold and the Baltic as part of the famous Oxford Translation Day.

About the Latvian authors:

Nora Ikstena is the author of 11 works of prose, 6 biographies and 2 collections of essays. Her book “Nenoteiktā bija” (The Indefinite Was, 2006) she wrote in collaboration with the renowned Latvian poet Imants Ziedonis earned her the Baltic Assembly Prize for Literature, the Annual Latvian Literature Award, and the “Diena” Award in Culture. Her works have been translated into Russian, Macedonian, Italian, Hindi, English and Georgian.