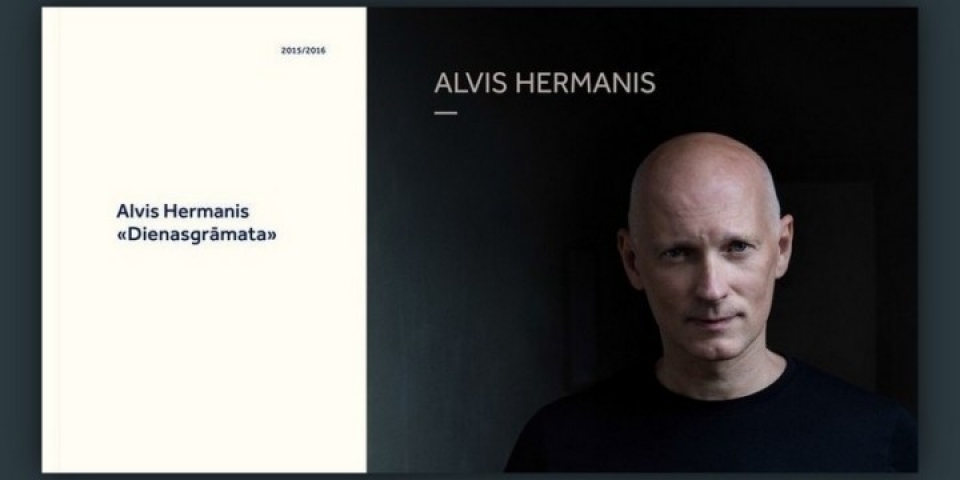 Publishing house "Neputns" has released an album of photographs named "Alvis Hermanis" with a selection of 43 of the most memorable stills of Alvis Hermanis' plays performed all throughout Europe. The pictures are accompanied by fragments of articles written by the renowned critic Normunds Naumanis, an essay by theatre critic Edīte Tišheizere, as well as an interview with the director by the former Minister of Culture, Sarmīte Ēlerte.

This visually impressive and emotionally rich 640-page album has been published both in Latvian and English as separate editions. "For a while the idea was there to create such a book in collaboration with Normunds Naumanis, the prominent theatre critic, who was among the first ones to adequately recognise the emergence of Alvis Hermanis in the world of theatre and relentlessly kept reviewing his plays. Unfortunately fate decided otherwise. The fragments of Naumanis' reviews had to be selected for these photos by Sarmīte Ēlerte – his friend and former colleague in the "Diena" newspaper. As someone who has followed Hernanis' theatre events for years, and maybe the only person to see all of his plays performed outside of Latvia, Ēlerte was also invited to interview Alvis Hermanis. He agreed to contribute himself by writing short overviews of the ideas behind each of his plays. The introductory essay was written by the knowledgeable scholar and theatre critic Edīte Tišheizere. The album was piously and carefully designed by the artist Inese Hofmane," explained Laima Slava, the compiler of the album.

Director and actor Alvis Hermanis is the artistic director at the New Riga Theatre (Jaunais Rīgas teātris) since 1997, and gradually has turned it into a modern European theatre with international acclaim. Currently, Alvis Hermanis is still the artistic director and the author of more than 40 plays. He has worked as a director in the Thalia Theatre in Germany, and has staged plays and opera productions in Austria, Italy, France, Switzerland, Russia, Belgium, etc. The director has been awarded many international and prestigious prizes, including the Berlin’s Konrad Wolf Prize for his directorial work in German speaking countries, the Baltic Assembly Prize for Arts, as well as multiple nominations for "Best Director" and "Play of the Year" at the Latvian Theatre Showcase. In the survey conducted by the Swiss magazine "Du", Alvis Hermanis was named one of the 10 most influential European theatre personalities of the decade.

You may purchase the album HERE