"The Taste of Lead" is staged at the Latvian National Theater

"The Taste of Lead" is staged at the Latvian National Theater 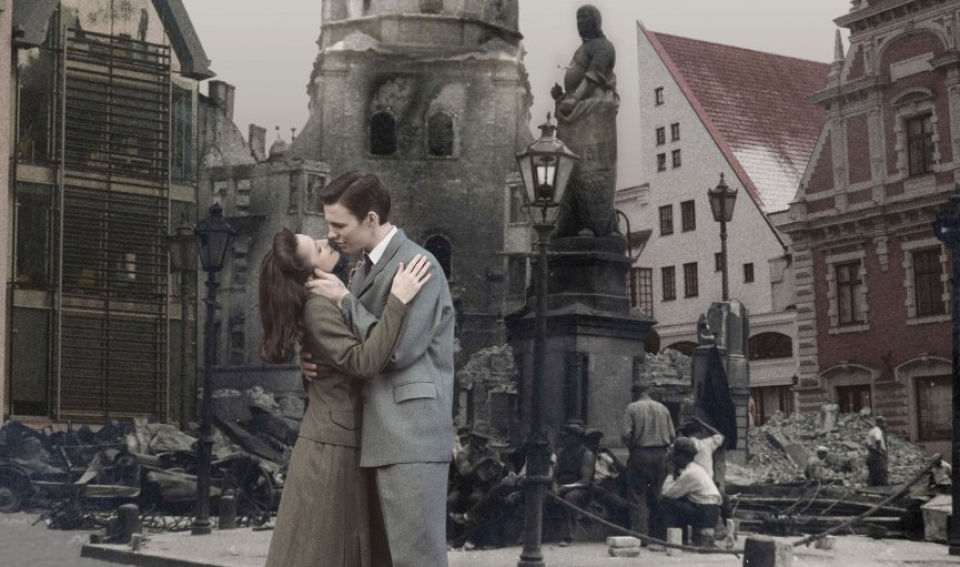 Only a year ago the novel "The Taste of Lead", the third book in the series "We. Latvia. The 20th Century" landed on book shelves and later garnered its author Māris Bērziņš the Baltic Assembly Prize for Literature. In February 2016, a dramatized version of the novel premiered on the stage of the Latvian National Theater, and was directed by Valters Sīlis: "When I read The Taste of Lead, it was clear to me that I want to direct a play based on this novel. The circle of themes in this material seemed very important to me. The author has succeeded in showing how a cruel political situation tears apart a person whose only mistake is wishing to remain human," said the director.

It is hard to find a case in Latvia where a literary work is staged so soon after its publication, even when one looks back over the last several decades of Latvian literature. "I see it as a part of my work – finding new stories that truly excite me. That’s why I stage recent works or plays that are created originally for production," said Sīlis. Politically sensitive themes have interested him before while directing plays such as National Development Plan and All My Presidents in collaboration with playwright Jānis Balodis at Dirty Deal Teatro, an independent theatre in Riga. "We sometimes seem to think that socially political events do not concern us and it is possible to live a parallel life to these events. But is it really possible?"

"The Taste of Lead" tells the story of a young Latvian man named Matīss who wants to avoid being on either side at the beginning of 1940, but however fails to do this. He also has experiences and challenges that are posed to every young person – love, betrayal, evil, mercy and in his case, the taste of lead in his mouth. While the theme of the novel is weighty, it features the signature irony, wit and paradox present in other works by Māris Bērziņš. When asked about being involved in the production, Bērziņš said that "The director and I agreed – I did not want to participate in staging the novel, because I would not know what to put on stage, but he was glad I was not going to mess in his field." After the premier, he was not disappointed about his decision: "I am very excited about the show, I truly liked it. Yes, maybe I would want to see more of the themes and characters from the novel, but I realize that this wish is unreal – a theatre perforance is limited in time and space, and the means of expression are different." The Taste of Lead is Māris Bērziņš’ fifth novel. He has also written several plays and one children’s book.