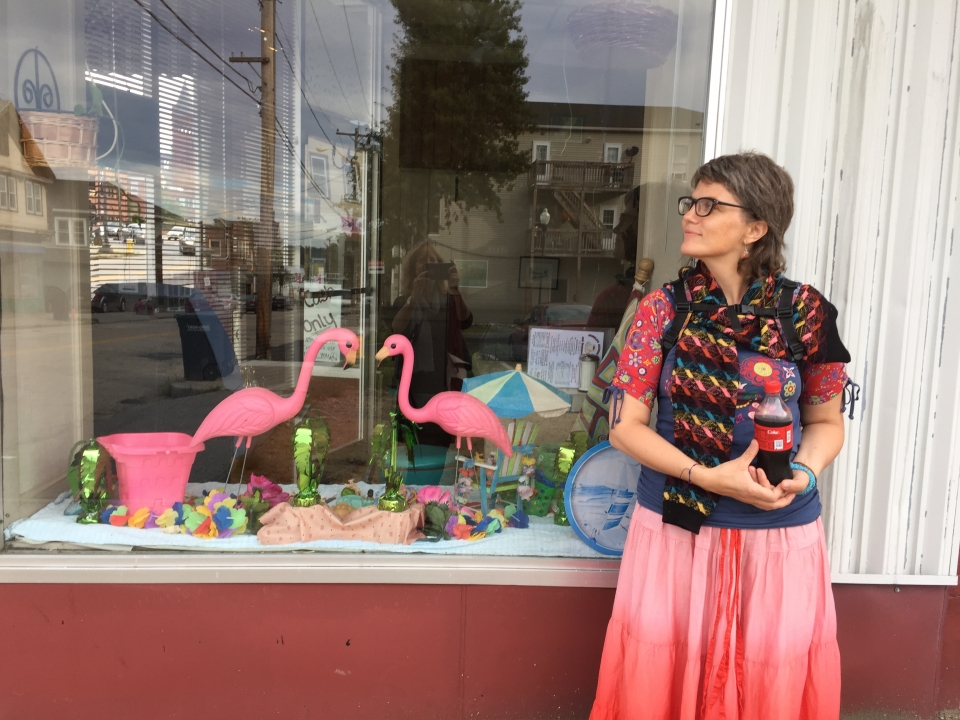 On 31th August, writer Inga Gaile will be attending the 19th Library of Congress National Book Festival in the US, presenting the English translation of her new collection of poems “30 Questions People Don’t Ask”. A Latvian comic book exhibition will be launching on the same date, among others, displaying works by artist Reinis Pētersons created specially for the Latvian Literature platform’s “#iamintrovert” campaign.

Writer Inga Gaile will be joining the host Indra Ekmanis on the International Stage at 12:00 for a discussion for Public Radio International’s “The World” program. At 18:00, at the Mikko Nordic Fine Foods restaurant, Gaile will be attending the launch of the “Life of I.” comic exhibition organized by the Embassy of Latvia. The exhibition features works from the “Life of I.” comic book created by publicist Anete Konste and artist Reinis Pētersons as part of the Latvian Literature platform’s “#iamintrovert” publicity campaign. The exhibition will be running until 30th September.

On 26th August, Gaile met with the Latvian diaspora in the US and attended a literary evening at the Latvian Lutheran Church Hall in Brookline, MA. The meeting was put together by the Boston Latvian Book Club, the Latvian Heritage Foundation, and the Honorary Consul of Latvia in the Commonwealth of Massachusetts Mr. Uldis Sīpols. On 27th August, Gaile participated at The Poetorium at Starline Reading Series & Open Mic event.

Gaile’s “30 Questions People Don’t Ask: The Selected Poems of Inga Gaile” is inspired by the various experiences of the women of the Baltics. Her poems pay tribute to the perpetual changes in the Baltic region. She depicts details and the lowest points of everyday lives of real people – she writes not about an imaginary world, a construed view of reality, but about life as she truly sees it. The book was published with the support of the grant programme for foreign publishers and translators.

The events have been organized by the Embassy of Latvia in the US in collaboration with the Latvian Literature platform. Author Inga Gaile’s participation in the literary festival, as well as the comic book exhibition are both part of the Latvian Public Diplomacy Centenary programme. Both events are free.

Inga Gaile is an author of several collections of poetry, poems for children, a novel and theatre plays. She is a recipient of the Latvian Annual Literature Award, the Latvian Poetry Days Festival award, and other notable literary prizes. Gaile belongs to the vocal Latvian feminist movement and is also a comedian and founder of a stand-up comedy collective. In her work, she often discusses issues concerning vulnerable social groups, feminism and gender equality. Her wonderful poems have been translated into many languages of the world, among them English.