Jānis Einfelds, born in 1967, is a Latvian writer, post-modernist. After studying electrician's trade at the Riga 46th Technical College,  Einfelds worked a factory job. His first publication was a tale Īsās ziemas kauja/ The Battle of the Short Winter, published in 1988, in the Pionieris magazine. He is the author of several stories, novels, novellas and other works of prose. In 1999, he wrote a script for the Tristran and Isolde chapter of the film Trīs stāsti par.../Three Stories About...The term einfeld has come to mean a certain principle of characterization in Latvian literature because of the particular style of the author. Jānis Einfelds works have been also published in the US and Germany. Einfelds is a member of the Latvian Writers' Union since 1996. In 1992, he received the Klāvs Elsbergs Literary Prize for his work in prose. His book Neļaudis/Non-peoples received the Annual Latvian Literature Award in 2005. 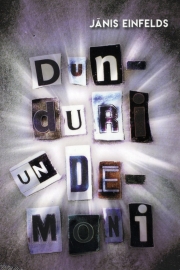 The story collection Gadflies and Demons is Einfelds’ ninth book. The gadflies and demons in this book are not only metaphorical, but also quite palpable and present. The author and his alter ego Fabulu Jūlis take the reader through the absurd realities of capitalism in the 1990s, while also still managing to entertain. The author asks the reader to confront the question: are those of us living right here, right now, really all that different from the characters in the book, and if we aren’t, what can we expect in our own future? The collection’s eponymous first part brings this question to the forefront, but in its second part, the miniature cycle Winter, which is focused on one of the characters from Gadflies and Demons, the reader journeys along with the author as he unpacks this question on an unstoppable ride into the void. Einfelds’ prose weaves together a surreal worldview with the grotesque, realistic, even rough and naturalistic details of everyday life existing alongside a sense of the romantic and the pain that comes from the fragile nature of ideals in our world today.

The Rascal is a harsh, apocalyptic thriller about the fate of civilization. The author describes a world ruled by fake culture and mediocrity, by selfishness and cruelty. In this world, foolishness and power are one and the same, and inescapably lead to loneliness, pain, and death. Is there any hope of surviving in a world like this? The author never complains or lectures—he simply states the facts and delivers a verdict.

Children are at the center of the novel. They’re the only ones who see, understand, and feel in earnest. They’re the only ones who could change the world, if that were still possible; they’re also, unfortunately, the most unprotected people in society. That’s why this it is a child who is entrusted with the most difficult mission in the novel. The novel’s hero is a street kid who has grown up in the gutter, on the “wrong side of the tracks.” Child traders are in charge here, and our prankster- hero is unable to escape being sold into slavery. That’s how he becomes a toy for the rich—a child gladiator. At this point, the fallen, degraded mentality of global economy has devoured everything else. There’s nothing left to swallow but itself. And so the child gladiators head into their final fight...

The Man Who Sold Pornographic Pictures

That’s why Jānis Einfelds’s stories aren’t erotica in the usual sense of the word, in spite of candid sexual descriptions. His multi-layered works use shocking settings and dense, unusual language to break readers out of their everyday perception. Each piece also seeks to show how strange the world really is. From the author’s point of view, love at the turn of the century is merciless and absolutely unromantic, but also an unavoidable spiritual necessity.

“The book dissects our nighttime selves, which we suppress in daily life because of societal norms,” wrote literary critic Rimands Ceplis after the collection was first published. He compared The Man Who Sold Pornographic Pictures to the works of the Marquis de Sade, and to classic Latvian author Jānis Poruks’s utopian stories about a hero’s journey of purification. By combining outwardly ugly, often fantastical scenes with a style close to poetic prose, Einfelds lifts the veil of existing preconceptions from love. At the same time, he replaces it with a new one.

The Man Who Sold Pornographic Pictures 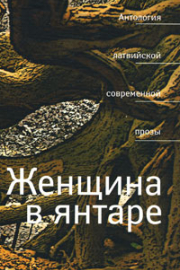 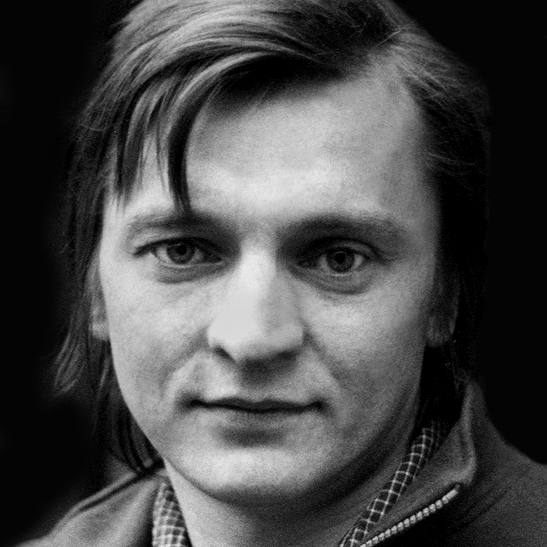