Māris Bērziņš (1962) is a writer and playwright. Māris Bērziņš has worked in the Ministry of Culture, and the Ministry of Economics of the Republic of Latvia, he established and for a while managed the State Culture Capital Foundation, as well as the Electricity Regulatory Board, and the Utilities Regulatory Board of Riga. After this colourful career Māris Bērziņš decided to turn to literature and currently works as a full time writer. His novel Taste of Lead (2015) has been included in the series of historical novels We. Latvia. The 20th Century. The novel focuses on the World War II period from 1939 – 1941 when Latvia was occupied by the Soviet Russia, and by Germany. Based on a thorough research and interviews with a ghetto survivor, the novel discusses the subject of the Holocaust in Latvia, emphasizing the global significance of these events. This novel has won several prestigious literary awards in Latvia and has been adapted for theatre at the National Theatre of Latvia (2016, director Valers Sīlis). It is now one of the milestones in Latvian literature since Bēriziņš was the first to dedicate a novel solely to this subject matter.

Māris Bērziņš’s collection of short fiction Gutenmorgen is written in the manner of absurd anecdotes about a character named Gutenmorgen. It was first published in 2007, and repeatedly put in print in 2009. Several of the stories about Gutenmorgen have been turned into short films, e.g., Gutenmorgen and the Time Machine (2009, director Elīna Ļihačova). Gutenmorgen has gradually become Māris Bērziņš's alter ego, and he continues to write stories about his adventures. This character is the embodiment of the particular taste and lightness of humour that Māris Bērziņš possesses as an author.

The character Pigman / Cūkmens from Māris Bērziņš's book for children The Fat Stranger has become an image and symbol of nature-friendly attitude nationwide. Māris Bērziņš is an active member of the Latvian Writers' Union.

Winner of several literature awards, The Taste of Lead is a narrative account focusing on a young Latvian man, Matīss, who seeks and eventually fails to avoid siding with either power at war in Europe in 1940. Facing the challenges and conflicts experienced by every young man – the discovery of the existence of love, betrayal, good and evil, and, on a personal level, the taste of lead in his mouth. A vehicle for dealing with weighty issues, this novel is characterized nonetheless by the signature irony, wit, and a taste for paradox noted in Bērziņš’ other works. This book explores lines of division; those simple, qualifying lines that set a regular man apart from a hero, the tragically thin line separating peace from war, the demarcating line seen between words and actions, and the contrasting line between giving in and taking action.

The Taste of Lead satisfies the reader with the depth of its humanist voice. Set between the late 1930s and early 1940s, The Taste of Lead was published in 2015, becoming one of Latvia’s most widely debated and in-demand books. In 2016, director Valters Sīlis produced a stage version of the same title, The Taste of Lead, for the National Theatre of Latvia and is now in its third consecutive season. The Latvian Museum of Writing organizes tours of the places mentioned in the novel, and many schools have included it in their mandatory reading curriculum. An excerpt from this novel was included in the Dalkey Archive Press anthology Best European Fiction 2017.

The stories are independent of one another, but all have one thing in common: the titular character, a man named Gutenmorgen. He appears to be a completely ordinary citizen, with a wife and children, with his TV, friends, and bottle of beer. He’s sometimes indecisive and passive. As such things often go, however, appearance
and behavior can be deceiving. Gutenmorgen is a hero at heart. Almost everything he thinks about or does is meant to make the world a better place, and to improve his
own life. He doesn’t forget about others, either. Gutenmorgen raises a monument to
his friend the writer. He reconciles a couple who divorced twenty years ago. He even handles developments in geopolitical events, along with the unity of the Baltic States. Gutenmorgen is also never afraid to get his hands dirty. He shoots at opposing hockey players who beat his team, kills the entire Cabinet of Ministers at least three times a week, and scares other bad people, including his neighbor. Gutenmorgen will never lay a hand on his neighbor’s dog, though; he loves animals. 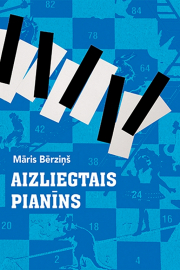 This novel is mostly about the bureaucracy that spreads, disease-like, throughout the whole country, including pre-school education esatblishments. Even the Latvian Ministry of Economics admits that the high levels of bureaucracy are responsible for the nation’s low level of competitiveness. What is bureaucracy all about? It’s mostly about a lack of trust, justified by the need to exert control, about the feeling of guilt so characteristic of Latvians, which they often describe as a sense of responsibility and a desire for self-improvement. It’s about fear, often defined as cautiousness but which basically is simply fear. It’s a story about the desire of one group of people to fit life into a specific legal framework while another group wishes to live freely and creatively. And it’s about the balance required between these two wishes. In many aspects, this novel is about balance. One character in the book falls into a coma, losing his physical balance, while another fails to keep her psychological balance and ends up in a psychiatric hospital.

Excerpt from The Taste of Lead // European Literature Network, 2018 [EN]

Review of the exhibition THE TIME WILL SAVE HISTORY// Galery Māksla XO homepage, 2010 [EN]

2015, the Baltic Assembly Prize for Literature for Taste of Lead

A fragment in English of Māris Bērziņš awarded novel "Taste of lead" in an anthology "Best European Fiction 2017". 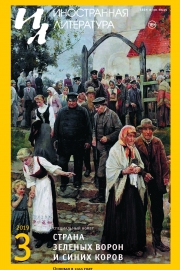