Daina Tabūna (1985) is a prose writer and her short stories have been published in numerous Latvian publications since 2000. Daina Tabūna's short story collection Pirmā reize [The First Time] was shortlisted for the Annual Latvian Literature Award in 2015 as best debut of the year. The First Time instantly won over many readers and critics and has become a cult book of its time. It is a brilliant contemporary coming-of-age book addressing sensitive issues of acquiring experience and forming as a personality. In 2010, Daina Tabūna completed her studies with a BA in Theatre, cinema and TV drama at the Latvian Academy of Culture, she has been a representative of Dirty Deal Teatro theatre and has been continuously contributing to the culture and art life in Latvia, writing articles, critiques and radio. In 2016 Tabūna received the Prose Reading festival Award. Tabūna's stories have been published in the UK by The Emma Press, bearing the title, The Secret Box. The illustrated collection features three stories from her debut The First Time. 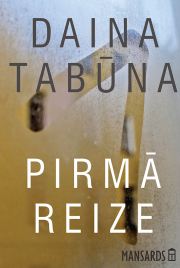 On the cusp of womanhood, Daina Tabūna’s heroines are constantly confronting the unexpected. Adult life seems just around the corner, but so are the kinds of surprise encounters that might change everything. Two siblings realize they’re too old to be playing with paper dolls and begin to re-examine their close relationship. A girl who dreads visiting her religious grandmother develops her own fixation with Jesus, and a disaffected young woman, listlessly wandering the streets, stumbles into an awkward relationship with an office worker. The narrators of these stories each try, in their own way, to make sense of how to behave in a world that doesn’t offer any clear answers. Life, however, always has some sort of surprise in store, and suddenly nothing is as it was before.

2015, shortlisted for the Annaul Latvian Literature Award Best Debut for The First Time 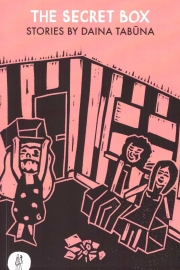 Three stories from the story collection "Pirmā reize". On the cusp of womanhood, Daina Tabūna's heroines are constantly confronted with the unexpected. Adult life seems just around the corner,but so are the kinds of encounter which might change everything 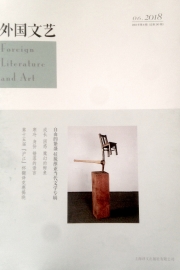