Jānis Ezeriņš (1891–1924) was born in Biksēre (now: Cesvaine) parish at Beiri homestead. He attended Cesvaine and Lazdona church parish schools and also the Valka Teachers’ Seminar in Valmiera. He worked as a teacher in Lazdona, Barkava, and Salkava. He was mobilised during the First World War but was discharged due to tuberculosis and underwent treatment in Abkhazia. Back in Rīga, he worked for various press publications. He died in Rīga and was buried at the Forest Cemetery.
Ezeriņš wrote his most significant works shortly before his death, and his writing had (and continues to have) a profound impact on later Latvian writers – for example, Regīna Ezera during the 1960s and 1970s. He translated and was influenced by classics including Oscar Wilde’s The Picture of Dorian Gray, the Old French legend Aucassin and Nicolette, the short stories of Giovanni Boccaccio, and Stendhal’s novel The Red and the Black. He also translated the poetry of Alexander Pushkin, Charles Baudelaire, and Alexander Blok.
Ezeriņš is known in Latvian literature as the master of the anecdotal short story. His works are filled with coincidences, tragicomic and incredible events, surprising resolutions, fast-paced plots, and expansive exposition focused on people and their environment. Especially noteworthy is Ezeriņš’ ability to draw attention to the mindset of his characters, which makes his short stories particularly effective. At the same time, his stories contain so many different plots and situations that Ezeriņš’ literary works can be seen as a kind of encyclopaedia of literature. 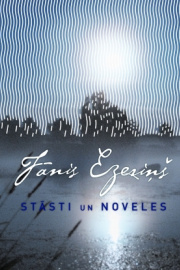 Ezeriņš often highlights his characters’ imperfections, showing them in a completely different, unique light. The most typical subjects of his novels are farmers, the eccentricities of the intelligentsia, and relations between Latvians and German manor lords. Literary specialist Anna Silgale has noted that the way Ezeriņš approaches his stories reveals something about life itself. He writes with the lightness characteristic of the French, but behind that lies a deep search for meaning typical of Northern Europeans. Through his stories, Ezeriņš shows that life is always full of beauty, but that life also demands truth and understanding, and that those that seek to destroy its harmony cannot just be forgiven. He shows the beauty of the world through the eyes of children, the brightness and vitality of those who are able to transcend mundane everyday life, and the power of those who seek only personal insights. The author plays with language. He doesn’t need much to express what he means to say. Behind his playful style one finds eternity, human life and its rules – this is why his characters are often carefree, until one of life’s unsettling truths echoes throughout their existence. 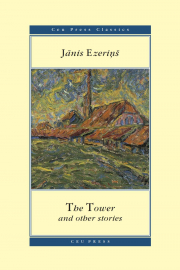 The Tower and other stories

: The Tower and other stories

For the twenty-first century reader these stories evoke the atmosphere of the post-war, newly independent, fairly multicultural Latvia, rural mysticism hued with the "fine neurosis" of the emerging modern era.