Otto Ozols (born in 1970, real name Mārtiņš Barkovskis) is a Latvian journalist, political commentator, and writer. Ozols has worked for the Latvian TV as a director’s assistant for literary and art programmes and is the creator of the first independent TV news broadcaster in Latvia NTV5 where he worked alongside Ilva Liepiņa. He is actively engaged in social media and frequently writes on current affairs. He is the host of the TV talk show „100.panta preses klubs” about freedom of speech and free press. He gained wider popularity after the publishing of his 2010 historical thriller Latvieši ir visur/Latvians are Everywhere, translated into Swedish by Andris Kangeris and published as Letternas Revanch by Lava Publishing. This debut novel instantly reached the top of best-selling titles in Latvia, and in 2014, he published another successful work of fiction Theodorus. Deja ar ziloņzivi / Theodorus. Dancing with the Elephant Fish, described as “Europe's answer to Britain's James Bond and America's Jason Bourne”. His latest book Neērtās patiesības/Uncomfortable truths is a collection of Ozols’ opinion pieces and articles on Latvian politics, published in 2015. 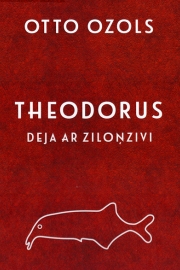 Theodorus. Dance With An Elephant Fish

The story begins symbolically “five minutes” after the end of the Cold War. Two young spies from West Germany have crossed the East German border just two weeks after the fall of the Berlin Wall.They both observe the contrasts between the two separate parts of Germany. Their destination is the East German town of Jena, where a very famous optics factory possesses secrets from the Soviet military industry. East Germany has basically collapsed, and the director of the factory is prepared to hand over documents related to the secret optics of Russian tanks and spaceships. The German BND sends a young agent named Theodorus (Theo) and a lovely technical specialist, Beatrice, to fetch the documents. Theo is secretly in love with his colleague. As the pair approach the city, they notice activities at a nearby Soviet military base. The Red Army is still in East Germany. The West German agents drive past the base and are soon at the enormous optics factory. The director hopes to pursue a career in unified Germany, and he is prepared to hand over all of the information. Beatrice enters the director’s office and quickly starts to copy the documents. Then the unexpected happens. Armoured transport vehicles crash through the gates of the factor, helicopters land, and Russian troops flood into the territory.

Theodorus. Dance With An Elephant Fish 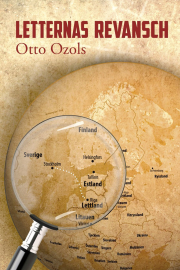 Story of the book starts in a year 1990 and takes us on an adventure across different places and times. 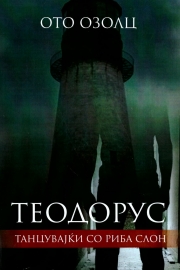 The story begins symbolically “five minutes” after the end of the Cold War. Two young spies from West Germany have crossed the East German border just two weeks after the fall of the Berlin Wall.