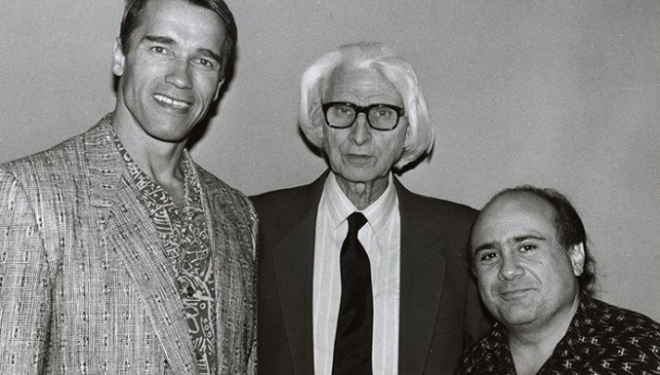 This has been a particularly successful year for Latvian literature. Following Latvia's participation in the London Book Fair, many works of our poets and writers have attracted the attention of foreign publishers and translators. A lot of praise was also given to the #iamintrovert campaign which focuses on presenting our authors as members of an introverted nation with deep and rich inner worlds. To celebrate all the achievements before the end of this year, on 22nd December,  we will gather for an "Introverted Carnival" in which the guests are invited to dress up as Latvian writers or characters form Latvian literary works. Since we pride ourselves not only with excellent literature but also with fashion-forward authors whose personalities intrigue both for their writing and clothing styles, we're offering a list of top 10 coolest Latvian literati for your carnival look inspiration. And we believe there are way more than ten. The list was composed in collaboration with the delfi.lv news portal.

His name in and of itself is quite something; he’s no simple Latvian guy named Pēteris or Mārcis. Just a few years ago, Henriks Eliass Zēgners was most often seen in public hiding under a black wide-brimmed felt hat, with a cigarette in his teeth, a neat mustache, a lock of hair carelessly cascading over his forehead. He’s so elegant, you might mistake him for an actor in some French film, or maybe a reincarnation of the extraordinary Latvian painter, Kārlis Padegs himself. His skinny jeans always have a grungy touch to them, like a fashionable rip, or a loose thread. The Devil is obviously in the detail, and Zēgners knows it well. When his first (and so far only) poetry collection  “Elementi” (Elements, 2013) came out, he had just turned 18. That, too, is rather cool. But while we wait for his next book, we may enjoy not only his poems in print and online media but also meet him in person in poetry readings, behind his DJ deck, or in one of those famous wild poet gatherings. 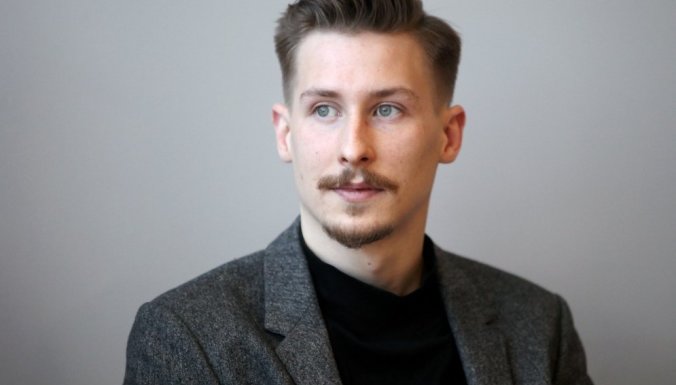 Inga Gaile is not only a renowned Latvian poet, writer and playwright, but also a staunch feminist. She is the founder and director of the feminist movement “Women’s Stand-up”, and her public image is, of course, important to her. Gaile appreciates bright colours and their wild combinations — one of the many ways she expresses her support for sexual minorities. The same goes for her hair-colour. A recurring component in her style is the soft, fluffy, patterned and unicorned jumpers — the kind that won’t leave even the laziest of women’s rights activists indifferent. Lately, Gaile has been sporting short haircuts. You can see Gaile in all her glory on the cover of her latest book, a collection of stories “Piena ceļi” (Milky Ways, 2018). 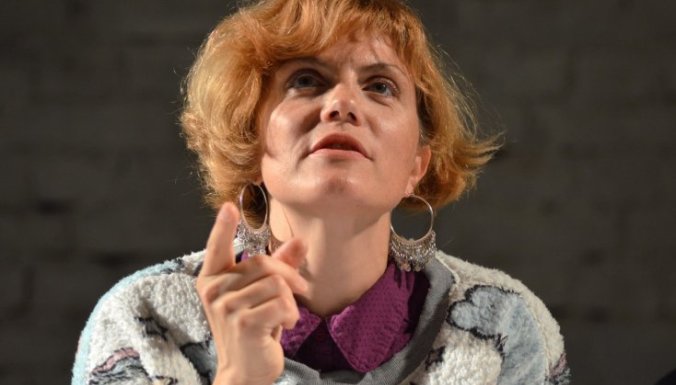 They say, hipsters have appropriated the beard culture from lumberjacks, but the trend might have just as easily been triggered by one of the authors of Latvian literary classics, for instance, Jānis Jaunsudrabiņš. He was no lumberjack, however. Research shows that nearly half of Latvian women would never date a man who has facial hair, but Jaunsudrabiņš’s four wives were certainly not among those women. Perhaps it was a different time — when the grass was greener and the beards were longer. In any case, behind his rich beard, Jaunsudrabiņš cherished both childlike purity that shows in his “Baltā grāmata” (White Book, 1921) and fragile tenderness, as seen in the trilogy “Aija” (Aija, 1925).

Poet Kārlis Vērdiņš is a connoisseur of dark fabrics, yet at times he likes to surprise his fans with unexpected plot twists expressed as dots, stripes, bright colours, geometric shapes, or even ethnic patterns. Since Vērdiņš is not only a poet but also a literary historian and scholar, he is often seen in public rocking a smart-casual look. This stylistic ambivalence reflects his extremely varied audience — he writes both for grownups and children.  Vērdiņš’ latest book “Tētis” (Dad, 2016), for instance, is a book of poems for children that adults will also find worthwhile. 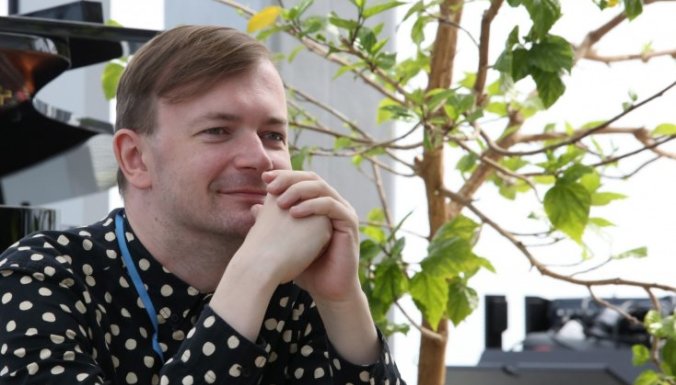 What an interesting name, you might think, and you might be surprised that this poet hides behind a pseudonym… and not seldom behind a glass of Calvados and a thick cloud of cigarette smoke. This is also how you see him in the #iamintrovert campaign video. His image requires more than words to describe, more than a glass of Calvados. Khanin follows fashion trends carefully, and that is precisely why he knows that blazers never go out of style, and that grey hair is very much in right now. And so are bilingual books. Khanin is a Latvian-Russian poet, a key member of the Orbita Group whose bilingual editions are known for their high quality. Khanin’s latest book is the Russian and Latvian collection “Ηο не тем / Bet ne ar to” (But not with it, 2017). 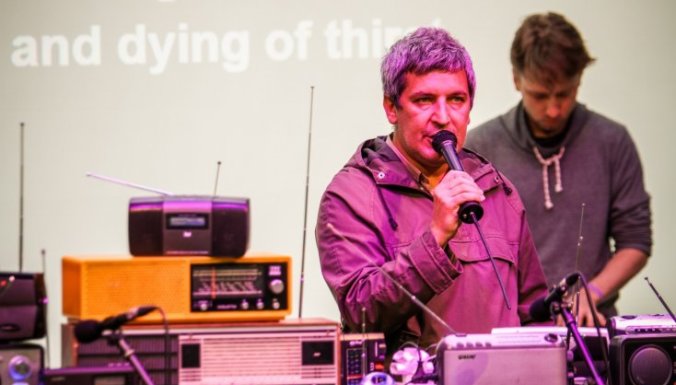 The youngest generation of poets need no pseudonyms since their parents have already made sure their names are unique enough. Poet Marija Luīze Meļķe has a particular fashion sense. What combat boots, Adidas sports jacket and a lobster costume have in common, you might ask? Those all are things you will find in Luīze Meļķe’s wardrobe. Her short hair is often covered by a hat: a classy black beret, a bright headband, a baseball cap, or sometimes an ushanka. She likes stripy tops. Her extravagant and nonchalant appearance makes total sense when you know of her involvement in the art scene. Although Meļķe hasn’t had her first book yet, an endlessly cool anthology of young poets’ works “Kā pārvarēt niezi galvaskausā” (How to scratch the itch in the skull, 2018) was published this year, where Meļķe was published among seven other young poets. 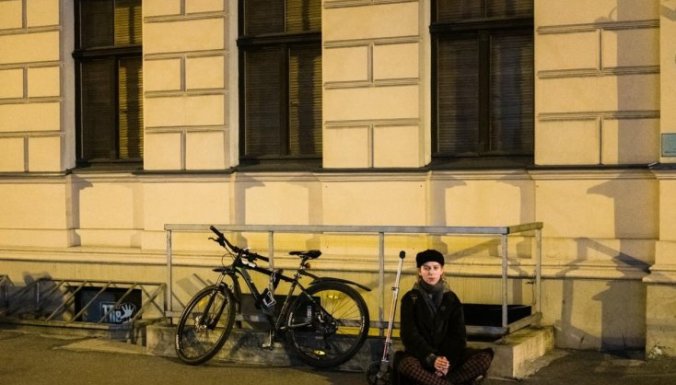 Toms Treibergs is known to nearly everyone in Riga by his signature coal-black hair and mustache, his black jacket and thick black rim glasses. It is still uncertain what exactly makes Toms Treibergs give off such a Holywood director vibe. Maybe it’s his trickster’s gaze, or his goatee? The wristwatch is an indispensable accessory and an essential tool given the poet’s busy schedule, but it also adds some seriousness to Treibergs’ overall easygoing image which he has perfected for the comedic purposes in the sketch theatre. And of course — the earphones; you will rarely see the poet without them, and they hint at the soft soul hiding behind his fascinating looks. And this very soul bares itself to us fully in his latest collection “Drudzis” (Fever, 2015). 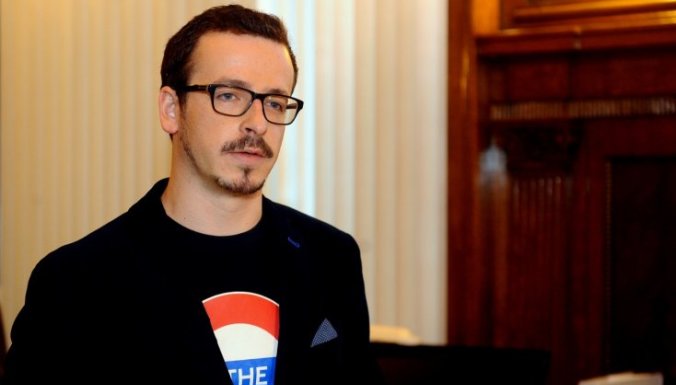 Mirdza Ķempe is a poet and translator etched in the minds of her contemporaries for her impressive looks, her powerful voice, and mighty laughter. If you typed her name in the search engine, her photos online would not make you immediately think of a particularly fashion-forward personality, yet we must take into account that the browser offers us an anachronic selection of photographs. If Ķempe had an Instagram account, she would have had very different pictures of herself up there. In her youth, the poet  was known for her short and shiny bob cut and clear blue eyes. When Ķempe met her first husband — the dandy blond, Ēriks Ādmasons, she was dressed in a light-grey wool dress, divulge sources. And Ādamsons knew exactly the advice to give his beloved wife years later when she fell ill: “Your life must never be sad, boring, or grey. Bring joy to yourself with dresses, poems, unforgettable conversations, and kisses!” Love letters of the two literati have been published “Mīlestības tuvskati” (Love Closeups, 1998). Ķempe wrote not only wonderful letters, but also miniatures, for instance, published in her collection “Dzintara spogulis" (The Amber Mirror, 1968). 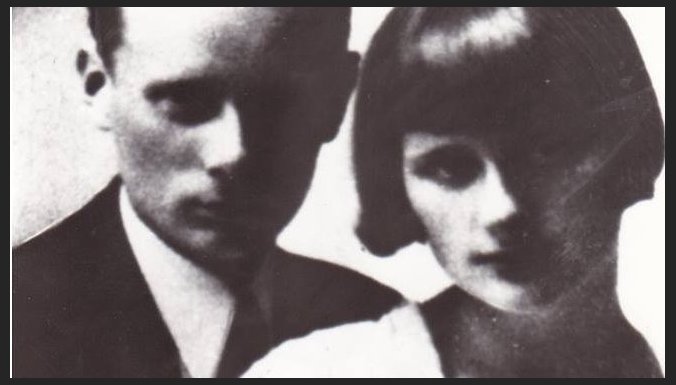 Although Inga Žolude’s books may easily be discerned by their rather dark-looking and spooky illustrations, Žolude herself is often seen wearing light and elegantly artistic, even romantic clothes, often emphasising lively colours and delicately playful accessories. We cannot wait to see what Žolude will be wearing in the opening of her latest book “Materia Botani” (2018)— a sequel to her debut novel “Silta zeme” (Warm Earth, 2008), with Dace Lielā’s darkly grey painting on the cover.

Eglītis is a writer, journalist, and painter, famous and appreciated not only because of his particular writing style, which is fiery, polished, finely refined, plastic and elegant (they say Eglītis is one of the great ornamentalists due to his expressive Art Nouveau descriptions), but also his good looks. He was always dressed to the nines, with a slick combover, thousand-yard stare; at all times elegant to the bone. One of Eglītis’ novels “Homo Novus” (1944) – is now experiencing its comeback as it was recently adapted for the big screen. The movie with the same title has received both critical acclaim and praise from the viewers. 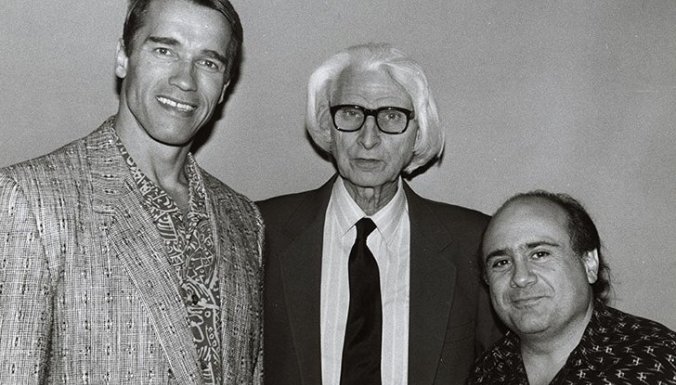