Exhibition Dedicated to the #iamintrovert Campaign in Estonia

Exhibition Dedicated to the #iamintrovert Campaign in Estonia 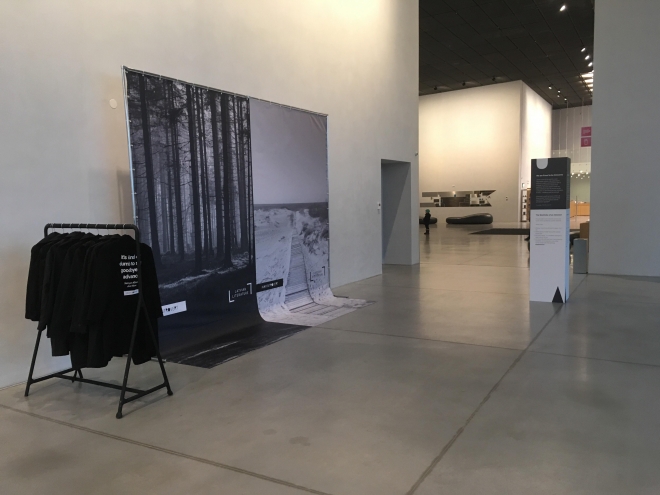 The museum is showcasing the #iamintrovert comics by artist Reinis Pētersons depicting the adventures and mishaps of the introverted Latvian writer I. Guests will have the opportunity to take anti-selfies wearing coats with quotes of Latvian authors against the background of a Latvian forest or seascape. The exhibition also features videos created specially for the London Book Fair about four Latvian authors — Nora Ikstena, Luīze Pastore, Kārlis Vērdiņš and Inga Ābele. A separate reading room has been set up to allow the guests to learn more about Latvian literature in English and Estonian. The exhibition is open to visitors until 25th November.

“So far, we have been translating Estonian works into Latvian way more than they have been translating ours. Although we live so close to each other, Estonia knows very little about our Literature. We believe this to be a great opportunity to introduce our authors and their works to our neighbours and their international guests,” explains director of the “Latvian Literature” platform, Inga Bodnarjuka-Mrazauskas.

This April, Latvia, Lithuania and Estonia participated in the London Book Fair 2018 as the Market Focus countries. It opened new doors for Latvian literature in the English-speaking market. To honour this event, the #iamintrovert campaign  was launched which earned Latvian literature international recognition and was awarded at the “Adwards 2018” ceremony.

The exhibition has been organized by the “Latvian Literature” platform,  Estonian National Museum, and the Tartu Latvian Society “Tērbata”.