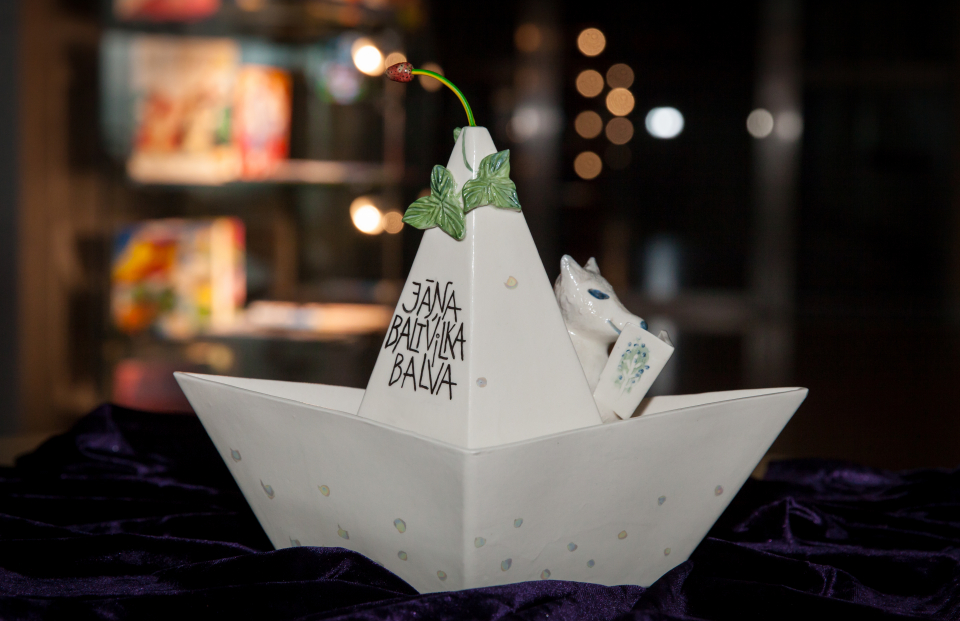 Latvian Council for Children and Youth Literature (LCCYL, IBBY Latvia) this summer, when more books have been read than in the previous years, continues approving the special achievements of children’s literature, thus presenting the international Jānis Baltvilks award already for the 16th time. The award is presented to the writer and illustrator in Latvia as well as the writer of any European country whose work has been translated into Latvian and the translator of this work. The joint-stock company “Latvijas Valsts meži” has been awarding already for the sixth year the special debut prize “Jaunaudze” [Young forest stand].

This year the jury consisting of the art researcher Austra Avotiņa, the literature researcher Ilze Stikāne, the expert on art education Ilze Kupča, the university lecturer of literature Aija Kalve and public representatives: the producer Valters Sīlis with his children, the manager of international projects on literature Ieva Hermansone with her daughter, has decided that the winners of the international Jānis Baltvilks award in 2020 are the writer Jurga Vilė, the illustrator Lina Itagaki and the translator Dace Meiere for the significant Lithuanian piece of children‘s literature “The Haiku of Siberia” [“Sibīrijas haiku”](publisher – Liels un mazs, 2020). The winners in illustration and writing, in their turn, will be announced during the festive ceremony on J. Baltvilks’ birthday on July 24, held in the Botanical gardens of the University of Latvia.

These are the candidates for Jānis Baltvilks award in children and youth literature:

Nominees for Jānis Baltvilks award in book art are:

Candidates for the joint-stock company “Latvijas Valsts meži” award for the debut prize “Jaunaudze” in children’s literature and book art:

The objective of the award is to promote the development of the children’s literature in Latvia, its international recognition as well as to strengthen the tradition of book reading in Latvia. Latvian Council for Children and Youth Literature as the Latvian section of the International Board on Books for Young People, IBBY, continues purposefully to mark out the winners and to nominate them as candidates for the most prestigious awards for children’s literature in the world – Hans Christian Andersen award, Astrid Lindgren memorial award and IBBY Honour List. This way, people can learn about our most successful literary works in the largest book fairs, the most important international forums of children’s literature and data bases.