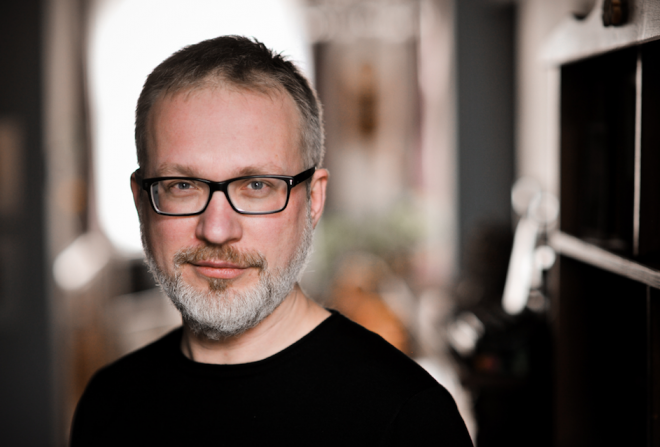 Writer and journalist Osvalds Zebris just received the European Union Prize for Literature for his third novel “Gaiļu kalna ēnā” (“In the Shadow of Rooster Hill”) published in 2014 by “Dienas Grāmata” as part of the “We. Latvia. The 20th Century” historical book series. The novel was also nominated for the Latvian Literature Award in 2015 as best work of prose. Next year, “Jantar Publishings” is set to publish its English translation.

Were you expecting the European Union Prize? Do you feel like it was deserved?

Of course, well deserved! I am a fabulous writer. It was unexpected however. Before I received it, I had no idea how great I actually was.

Was it your own choice to write about that particular part of the last 100 years of Latvian history in the “We. Latvia. The 20th Century” series?

No, I was offered the year 1905 by the author Gundega Repše. I agreed because I knew nothing about 1905 and I realised I'd be shooting two birds with one stone – I'll learn something new about the history of my nation and write a book. How rational!

The protagonist in the “Rooster Hill” experiences a grand collapse of ideals. Have you had something similar happen to you?

I'll try to be precise. The hero (and people around him) face the consequences of cowardice. You could say that ideals collapse, since they (the ideals) can only exist if a person acts on them, not runs away. You may admire things till you're red in the face, but if there is no action, people won't care a jot about your passion. Action always requires effort, and nearly always an ouce of courage. You have to make a decision, and Rūdolfs Gaiļkalns (the main character of the novel) is incapable of that. Thus he collapses – under the weight of his own impotence and indecision. The next step is the smothering of one's conscience.

Do you think after finishing this historical series, we as a nation will have drawn our dealings with the past to a close? Latvians still seem to be reflecting upon it in literature?

I think it is rather starting new inquiries. I see the meaning of this to be in futhering our research in our yesterday, not in closing the “subject”.

What are you anticipating the upcoming centennial of Latvia to be like?

Two sided. We have accomplished a lot – I recently went to Kishinev and it felt like Riga 15-20 years ago. But I think we are yet to achieve the wholesome, honest sense of inner freedom. The thing I wish for all of us is to be liberated from fear. To make mistakes, to be different, look inappropriate, to stick to your guns, but also learn to listen when you have nothing really to say.

I am spending my days writing a TV series about young people, and organizing a new cycle of lectures about culture and history that will be published in the Delfi news site starting this year. And also – thinking of the next novel where I will keep researching cowardice.