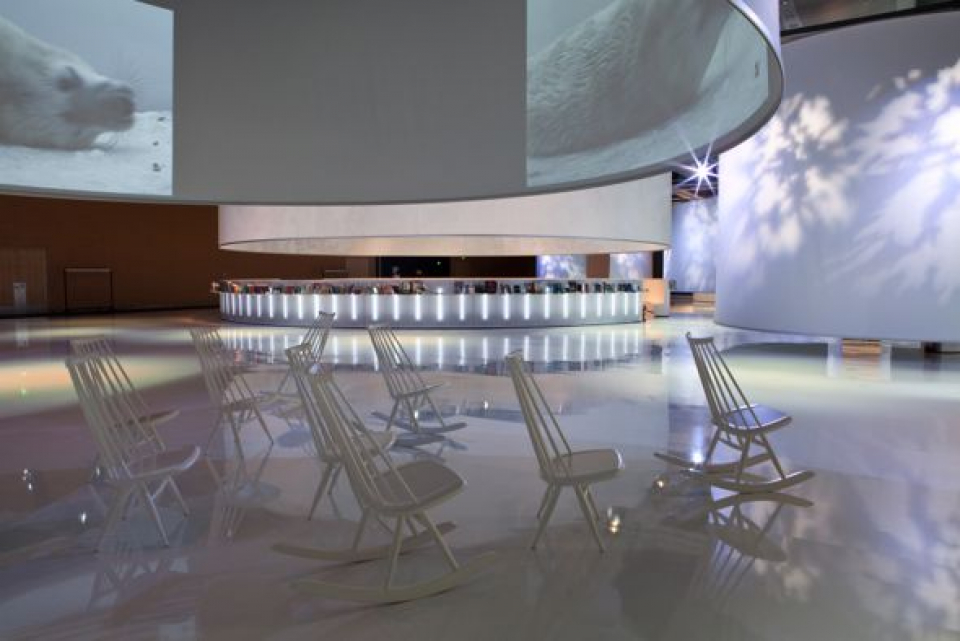 From 19th to 20th November, Latvia will be welcoming representatives from the previous Guest of Honor countries at the Frankfurt Book Fair, Finland and Georgia, as well as the 2022 Guest of Honor – Slovenia. During the visit, the guests will be sharing their journeys preparing for this momentous event as well as their success stories.

It has already been reported that the Minister of Culture of Latvia Nauris Puntulis travelled to Frankfurt this October in order to meet the organizers of the fair and initiate an official conversation about Latvia preparing for the Guest of Honour role within the next five to six years. The Latvian Literature platform and the Ministry of Culture have invited “FILI” director Tiaa Strandén, director of the project for Georgia as Guest of Honour at the Frankfurt Book Fair Medea Metrevelli, and director of Slovenian Book Agency Renata Zamida to learn more about the experience of these countries in the book fair, the benefits and the results achieved.

“In 2018, Latvia, along with Lithuania and Estonia, was Market Focus at the London Book Fair which was a great milestone in exporting our literature abroad. We gained experience and reached goals that earned us praise in Frankfurt. We believe that being awarded the title of Guest of Honour at the Frankfurt Book Fair would be of significant benefit not only to the book publishing but other creative industries, tourism and our national image altogether,” explained  Latvian Literature representative Juta Pīrāga.

On 19th November, the guests have an official meeting scheduled with representatives from the Ministry of Culture, the Ministry of Economics, and the Ministry of Foreign Affairs, as well as from the Latvian Institute, the Latvian Literature platform, the Latvian Printers’ Association, the Investment and Development Agency of Latvia, the Latvian Writers’ Union, the Latvian Publishers' Association, the State Cultural Capital Foundation, and the Latvian National Library. On 20th November, 15:00 PM, everyone is welcome to attend the seminar “Frankfurt Guest of Honor Stories: Finland, Georgia, Slovenia” during which the guests will give presentations discussing their experience in the Frankfurt Book Fair. The event will be held in English. During their stay in Riga, the guests will also tour Old Riga, the Art Museum, and the National Library.

The Frankfurt Book Fair is the largest book event in the world bringing together publishers from all over the world. It is home to a marketplace of ideas and not only facilitates publishing rights trading and events involving industry professionals but also highlights other industries (polygraphy, design, theatre, national cuisines, histories, music, art, video games, technology) and welcomes influential political figures. The fair is annually attended by nearly 300,000 people, among them 10,000 media representatives.