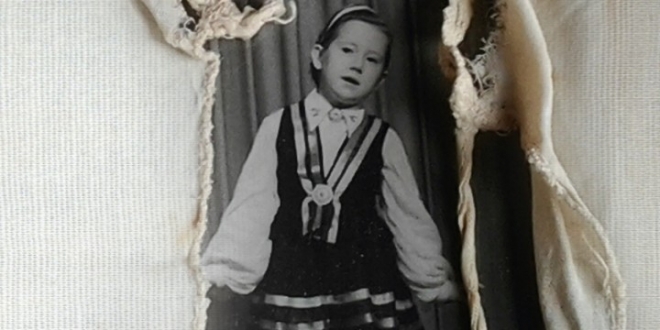 2016 sales figures gathered from the largest Latvian bookstore chains show that works by Latvian authors were at the top of the best-selling book lists this year. With the publisher and retailer “Jānis Roze”, for instance, only one foreign literary work reached the top 10 list – “The Girl in the Spider's Web” by David Lagercrantz. Nora Ikstena's absolute bestseller, the novel “Mātes piens” (Mother's Milk) of the historical novel series “We. Latvia. The 20th Century”, was number one on this list.

Other works of the historical series also were among the best selling books this year, including, Māris Bērziņš' “Svina garša” (Taste of Lead), Gundega Repše's “Bogene” and Inga Gaile's “Stikli” (The Glass Shards). Meanwhile, pastor Juris Rubenis' book “Viņa un viņš. Mīlestība, attiecības, sekss” (She and He. Love, Relationships, Sex) has been this year's success story for “Zvaigzne ABC” publishing house. A book about the Latvian NBA player, Kristaps Porziņģis, titled “Brālis” (Brother), co-written by Armands Puče and Jānis Porziņģis, as well as the year's worth of daily notes from the internationally acclaimed theatre director Alvis Hermanis, “Dienasgrāmata” (Diary), have also been highly successful with various retailers. Works of Latvian authors have always been in high demand among Latvian readers, a statistic often reflected in the top book lists, however such a proportion of Latvian original literature has not been experienced since the years following the restoration of country's independence.

British journalist and writer living in Latvia, Mike Collier, explains this tendency with the unprecedented number of new high-quality literary works published last year: "There are a couple of different ways of looking at this. While it's good that Latvian authors were particularly popular in 2016, I think the main reason is that there were just an unusually high proportion of very good books published!" He is joined in this view by the director of the International Writers' and Translators' House Andra Konste, pointing out that such an outcome is not necessarily surprising: "Those who closely follow the processes in Latvian literature will not be shocked by the overall results. The internal seismograph has been indicating levels of success for a while. I always remember what Zigmunds Skujiņš once told me – the clock's pendulum never stays at its pivot point, it always swings back to the other side. Hence, after a long search, examining the post-modern and otherwise modern trends, undoubtedly necessary for any literature to develop, a qualitative leap has occurred. Possibly, the necessity to go deeper into one's own history to find one's own place in the world of crumbling identities and waves of collapsing traditions has brought about this rich harvest of books. The writers might have sensed the change, and the readers responded."

Dace Sparāne-Freimane, the director of “Dienas grāmata” company publishing the historical series “We. Latvia. The 20th Century”, reveals that she has never doubted that Latvian authors can compete with foreign writers in terms of quality: "I should note that Latvian authors have always been excellent, however, we all know we have some problems recognizing our own prophets. Therefore, it is nice to know that there is demand for their creations, that readers need the works of Latvian authors. Any self-confident nation that respects itself and others has a proportionally large demand for literature written in its own language. And this is how it should be. We read, therefore we think – this is how we become more and more like-minded, and care about shared values. And this is important, isn't it?"

The chairwoman of the State Culture Capital Foundation, Sigita Kušnere thinks likewise on the subject of competitiveness when it comes to quality, especially in the recent years: "First of all, Latvian literature is high-quality reading that addresses various tastes and subjects of interest. Although we tend to question ourselves and compare our literature to others out there, we must admit that the last years have been very successful in regard to quality and the wide range of books on offer. Secondly, only we can truly tell our story – both our history in the “Dienas Grāmata” novel series, and our present through biographies and autobiographies of our well-known and admirable people, the latter having sometimes a sensational inclination yet precisely depicting the preoccupations of the modern man. And thirdly, although we should hope that Latvian readers will be able to get to know a great deal of the world's most excellent literature through originals, especially books written in English or Russian, we ought to acknowledge that every year Latvia also produces fantastic translations of truly great literary works."

Andra Konste also stresses the importance of the historical book series which has created a new wave of demand for Latvian literature: “I think this increase couldn't have been possible without the kick of Gundega Repše's initial idea to create the string of these historical novels – it turns out that a good book will not be inhibited either by a demanded subject matter, nor time limit, nor, excuse me, competition.”

Mike Collier points out that previously the proportion might have been less significant because of the historical experience: “Since Latvia regained its independence in 1991, translators have worked hard to 'catch up' with works that were not available under Soviet occupation. This to some extent explains the popularity of translated works. But I think that work is now largely complete and having heard all these new voices, Latvian writers are now starting to be a lot more adventurous in their subject matter and techniques. This is turn is producing better books.” The writer and journalist comments positively on the possible future trends in this context:  “So it's not really the case that there is a dividing line between 'Latvian literature' and 'Foreign literature' any more, it's simply that Latvian writers are producing works that compare favourably with any other nation's literary output. The Latvian market is quite small in absolute numbers, but Latvia is absolutely a nation of book lovers, so I would expect that last year's trend should be continued in 2017 and beyond.” This statement is fervently supported by Andra Konste: “We could do with more people like Porziņģis! Latvian girls and boys must get cracking, must participate, read “Brother” and enter the big world with their heads held high!”