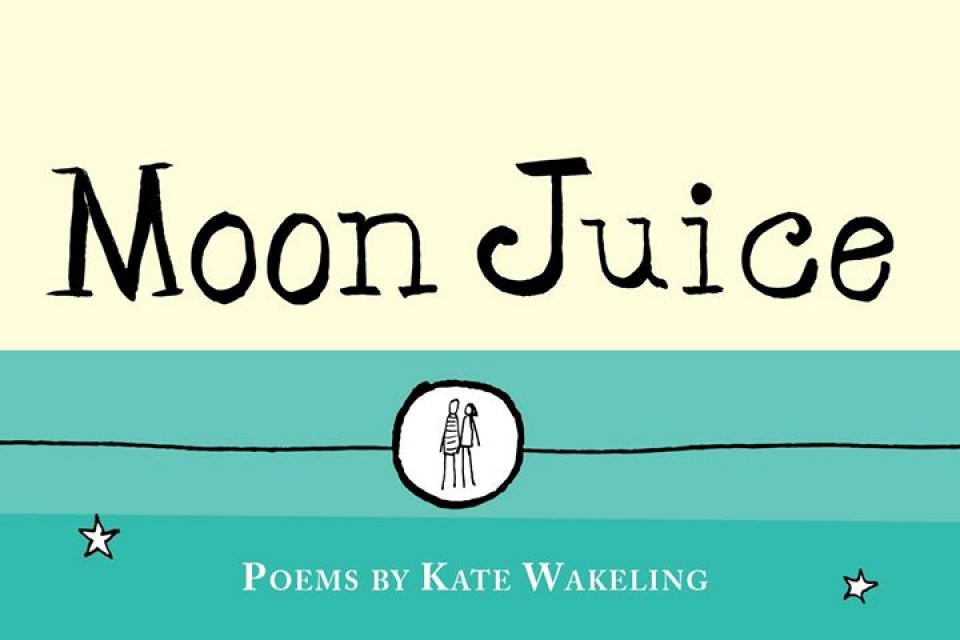 “I met Emma Wright, head of The Emma Press, this summer, when a delegation of British publishers came to Latvia to meet up with local writers and illustrators. I was actually waiting for someone else, but since I was sitting next to Emma at the lunch table, we started talking and sort of hit it off. I showed her my illustrations, while she told me about her publishing house and gave me a collection of action movie poems (!) – and I immediately fell in love with “The Emma Press”. A couple of months later I received an offer to illustrate Kate Wakeling's poems, and I just couldn't say no, because not only was I grateful for this opportunity, but Kate's work was absolutely amazing – I giggled and smiled as I read, and just couldn't wait to draw her quirky and endearing characters. That's how “Moon Juice” came to be,” reveals Elīna Brasliņa. 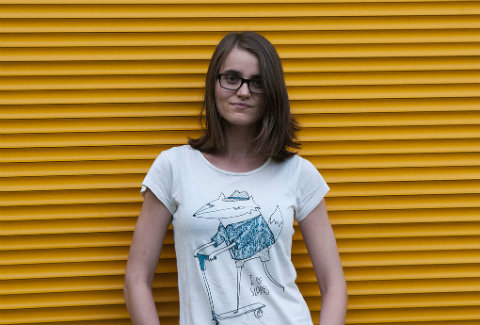 “Moon Juice” is Kate Wakeling's début in children's poetry, intended for children aged eight or older. It includes poems about pirates, dinosaurs and bad moods. Wakeling’s first pamphlet of poems for adults, “The Rainbow Faults”, was published by The Rialto in early 2015. Wakeling's first children's poem “The Serpent and the Turtle”  was included in The Emma Press Anthology “Falling Out of the Sky: Poems about Myths and Monsters” that came out in 2015.

In 2014, artist Elīna Brasliņa received recognition at the Jānis Baltvilks Prize for her successful début in illustrating poems for children, and for her particularly expressive visual rendition of Māris Čaklais' poem “Gaidītāja meža cūka” [Wild Boar Awaiting] included in the “BIKIBUKS” mini-book series. She was shortlisted for this important prize also in 2015 and 2016. Books illustrated by Brasliņa have won the Zelta Ābele National Prize for Book Art two years in a row.

Head of The Emma Press, Emma Wright assures: “I’m a huge fan of Elīna’s work, especially the way she draws animals and eccentric characters. She’s always incredibly busy, and is currently working on her first animated feature film, but she loved Kate’s poems so much that she managed to find time to illustrate Moon Juice for us over the summer. She’s a dream to work with and I couldn’t be happier that the Emma Press is publishing her international début.”

More about the book: press here