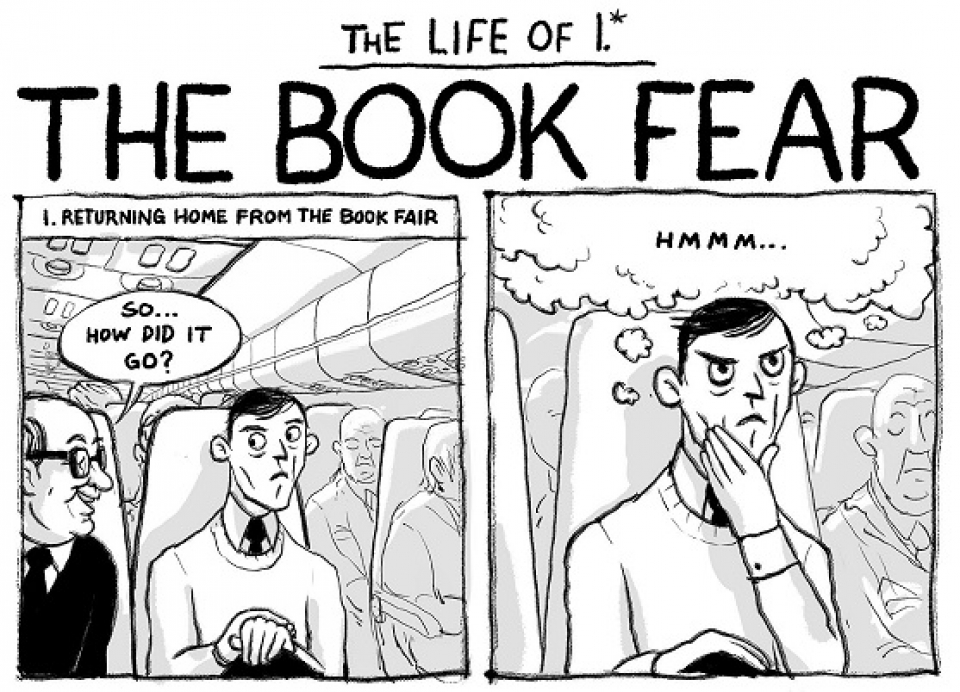 The London Book Fair 2018 will take place from 10th to 12th April, and Latvia, Lithuania and Estonia have been selected to be this year’s Market Focus Countries. To celebrate this occasion, more than 40 events related to Latvian literature will be hosted in the Book Fair and other venues across London.

Participation in the London Book Fair is one of the most important international events celebrating Latvia’s centenary with a goal to increase the exports of Latvian literature to Great Britain and other countries. Latvia will be represented at the fair by four authors – Nora Ikstena (the Author of the Day), Kārlis Vērdiņš, Inga Ābele and Luīze Pastore. The Latvian professional programme at the fair will be curated by Juta Pīrāga (the “Latvian Literature” platform), Silvija Tretjakova (Children's Literature Centre of National Library of Latvia), Ģirts Karlsons (Printing house “Jelgavas Tipogrāfija”), Sintija Buhanovska (“Zvaigzne ABC” publishing), Renāte Punka (Latvian Publishers’ Association ), Sanita Muižniece (“Kuš!” Comics), Alīse Nīgale (“Liels un Mazs” publishing house), and representatives from the "Viegli" foundation.

Several Latvian literature related events will be held in other venues across London. Latvian indie band „Sigma” will be performing their music, poets will be giving readings, a pop-up exhibition of Latvian illustrators will be set up, a screening of Ivars Tontegode’s film “Knutification”, and a presentation of books by Latvian authors translated into English will be held, etc. During the London Book Fair, from 7th to 14th April, more than 40 events connected with Latvian literature will be taking place in Britain. Besides the four select authors at the Book Fair programme, other Latvian writers and artists representing Latvia will include Sergejs Timofejevs, Krišjānis Zeļģis, Eduards Aivars, Madara Gruntmane, Artis Ostups, Kristīne Ulberga, Svens Kuzmins, Dace Rukšāne, Inga Pizāne, Maiks Koljērs, Zane Zuste, Maira Dobele, Sanita Muižniece, as well as representatives of the “Viegli” foundation, and the indie band "Sigma".

The presentation of the Latvian stand at the fair will be attended by the ministers of culture of all three Baltic States. „When creating the international centenary programme, we focused particularly on Latvian values we wanted to emphasize, and the great work of our authors is definitely one of the treasures we can be proud of. The centenary has initiated a series of brand new contributions to the cultural legacy, for example, all the recent translations of literary works that will be the focus at the London Book Fair. It has also encouraged the creation of the “Latvian Literature” platform and its brand to promote the exports of literature, book publishing and printing abroad. This is a long-term investment not only in the partnership between Latvia and the UK, but also a great launch pad for the recognition and appreciation of Latvian literature in the wider world,” assured the Minister of Culture of Latvia, Dace Melbārde, before leaving for London.

Latvia will have a larger exhibition stand at the London Book Fair this year, and it is being set up by the Investment and Development Agency of Latvia (LIAA). This year, the stand will continue the #iamintrovert campaign launched in the last year’s fair. The visitors will have a chance to take a test “What type of introvert are you?”, as well as take photos with quotes from Latvian literary works against the background of the Baltic Sea, the Ķemeri National Park, or the Riga cityscape. The stand will also feature an audio-shower where the visitors will be able to take a break from the market hustle and unwind listening to recordings of works by Nora Ikstena, Kārlis Vērdiņš, Luīze Pastore and Inga Ābele translated in English. To keep Latvia updated on the events in London, media representatives from TV3 “Bez tabu”, LTV “Kultūras ziņas”, newspaper “Diena” supplement “KDi”, “Latvijas Avīze”, Latvijas Radio, as well as news sites “Delfi.lv”, “Lsm.lv” and online magazine “Punctum” will also be present at the fair.