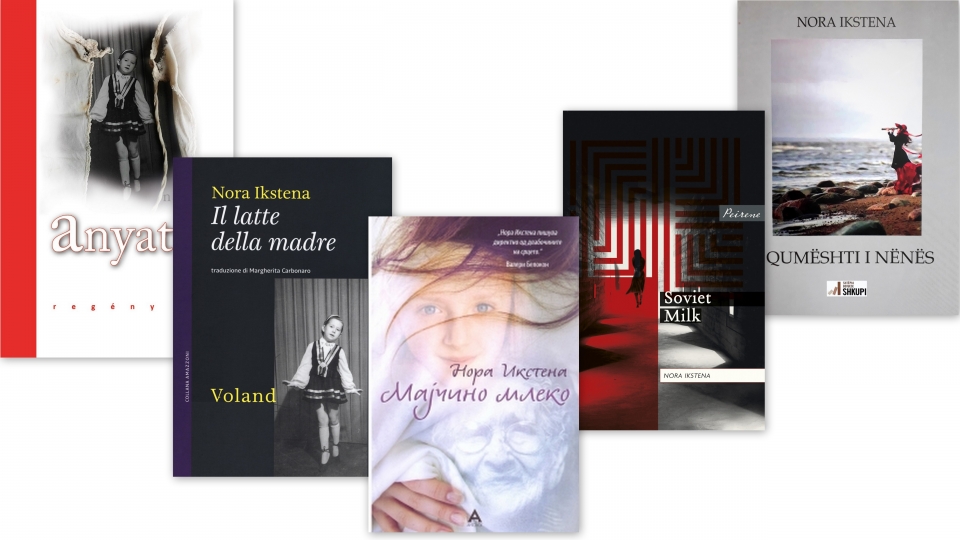 Nora Ikstena’s “Soviet Milk” (“Mātes piens”), a novel praised and admired by readers and critics in Latvia, is now available to increasingly larger audiences beyond the borders of Latvia. The novel has now been published in Macedonia, Hungary, Italy and Great Britain.

“Soviet Milk” was shortlisted for the 2015 Annual Latvian Literature Award. It was written as a part of the historical novel series "We. Latvia. The 20th Century". The novel deals with the post-war period and follows the destinies of three generations of women, with the narrative focused mostly on the 1970s and 1980s. The mother, whose own mother has raised her without her real father, is a talented gynecologist who cannot accept the narrow space allotted to the individual by communist ideology.

“In her new novel, “Soviet Milk”, Latvian author Nora Ikstena has pulled off a singular feat. In deceptively simple language she deals with themes such as oppression, power, freedom, religion and motherhood, all the while leading the reader skillfully between two narrations and two different time periods: beginning in 1940s Latvia, just liberated from the Nazis, and Soviet-occupied Latvia in the 1970s and 80s.” journalist and editor Olivia Snaije, from the Interview with Nora Ikstena (read the whole article here).

Nora Ikstena is one of Latvia's most bright and prominent prose writers, known for her special writing style and detailed attention to language as an art form. Her literary works often reflect upon grand subjects – life, love, death and faith.

As previously reported, Latvia, Estonia and Lithuania will be the Market Focus countries at the London Book Fair this year; therefore particular focus will be drawn to the Baltic authors and their works. Nora Ikstena is announced among Baltic Authors of the Day and will represent Latvia.