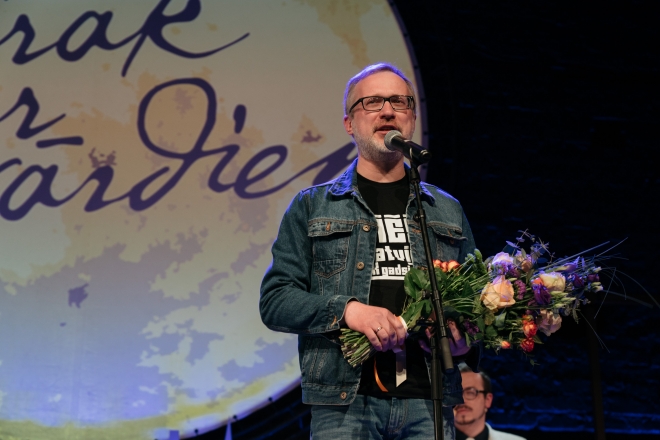 Zebris was nominated for his novel “In the Shadow of Rooster Hill” (“Gaiļu kalna ēnā”, 2014, Dienas Grāmata), published as part of the historical novel series “Mēs, Latvija. XX gadsimts” (“We. Latvia. The 20th Century”).

“The European Union Prize for Literature (EUPL) is an award which recognises outstanding new and emerging literary talents across Europe, and highlights the wealth of contemporary European literature, while drawing attention to the continent’s unique cultural and linguistic heritage”, states the announcement.

Works by these authors will be published in the European Union Prize for Literature Anthology which is a great opportunity for young and promising writers to be noticed both at Europe’s major book fairs and globally.

In order to select the winners of this year's EUPL, expert national juries were set up in each of the 12 participating countries. Their task was to create a short list of nominees and pick the laureate according to specific criteria and following a selection procedure. The Latvian jury was composed of the representatives of the Consortium organizations in Latvia. This year they were Bārbala Simsone, Ieva Kolmane, Inga Žolude, Renāte Punka and Arno Jundze (chairman).

The Prize will be presented to the twelve winning authors in a public award ceremony on 23rd May in Brussels. The European Union Prize for Literature is awarded annually since 2009 to 12 authors that have published between two and four books of contemporary fiction. The Prize competition is open to 36 countries – the 28 EU member countries, EU candidate states and the three EEA EFTA States (Iceland, Liechtenstein, and Norway). The Prize was created in order to support young and talented prose writers, and thus far has already recognized two other Latvian authors – Inga Žolude and Jānis Joņevs.