Probably still inside of her "kiosk": illustrator Anete Melece

Probably still inside of her "kiosk": illustrator Anete Melece 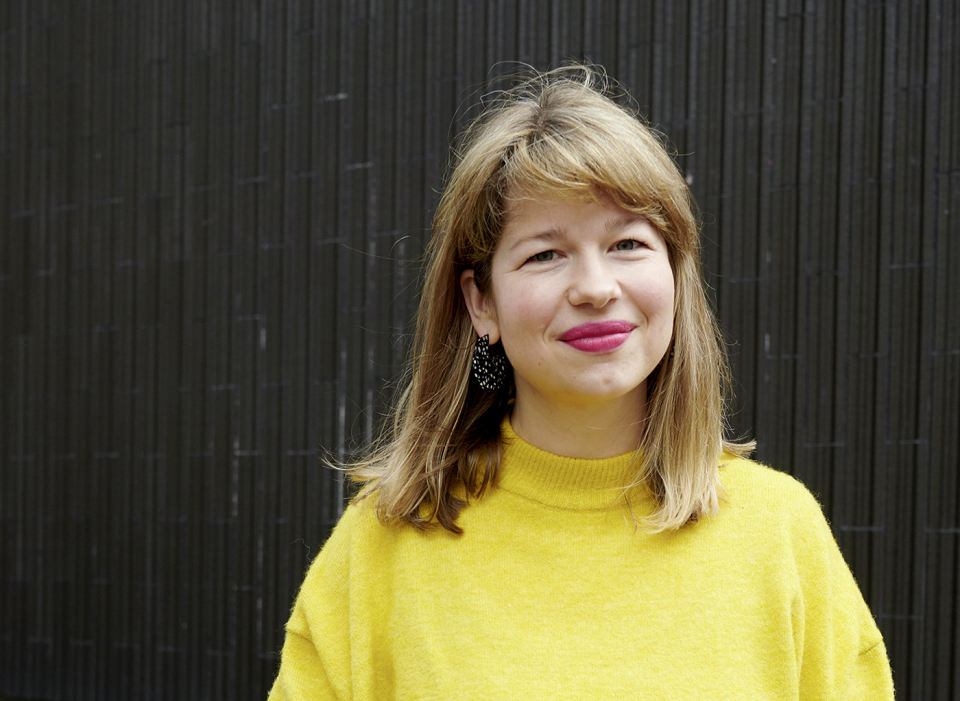 Artist Anete Melece’s book “Kiosk” has become an international best seller – the publishing rights have been sold in 14 countries. Anete’s story about Olga the shopkeeper, stuck in the kiosk she works in, was first captured in a 7 minute animation and screened in various international film festivals. The story of Olga who spends her free time reading magazines and daydreaming about a vacation couldn’t be more relevant now that most of the world is more or less stuck in their apartments. In the interview, Anete advises us not to worry too much about the upcoming decline in productivity, and reassures: “it is nothing but normal in an abnormal situation.”

How did shopkeeper Olga’s character find you?

First came the kiosk, and then Olga entered it. More than 10 years ago the Center of Contemporary Art put on their first Survival Kit art festival and I was invited. It was during the financial crisis when a lot of shops got closed down and the idea was to fill these vacant spaces with art. The curator Zajančkauska mentioned that it would be possible to use one of the empty kiosks, and I fell in love with the idea immediately – I imagined right away setting up an animation installation. But I realized that since I was working full time in a packaging design firm, I actually had no time to work on any art installations. The idea was left unrealized, but the thought of an animated kiosk never left me and sitting at my office desk, I more and more often started asking myself this uncomfortable question – what am I doing here? This is when Olga came to me – the shopkeeper who is stuck inside her place of work and longs for the seaside and sunsets. I left my job, enrolled into a graduate program and started making my short animation. A lot of the inspiration for Olga came from a shopkeeper named Edvīns who owns a kiosk named “Edwin”. I spent a day inside of his little shop, observing situations, sketching customers. Later I interviewed him and learned that he has been working in the kiosk for 16 years, every day, even Sundays, and he could only recall three days when he did not come in due to health reasons. Just like Olga, he is someone people come to shop with and talk to, and the scene where a queue forms behind a chatty lady is a situation I really saw in Edvīns’ kiosk.

Was the motif of Winnie the Pooh getting stuck in Rabbit's hole something that interested you prior to this?

What would happen if Olga lost weight and could leave her kiosk? You have already claimed somewhere that it would be a very boring scenario.

Yes, because it is not Olga’s size that is the point. She doesn’t dream of having a bikini body, she dreams about the sea. If Olga got slimmer, she would probably still be working in the kiosk and spending her weekends at the beach. Truly boring. If I compare myself to Olga, then I am probably still inside of my “kiosk” because I do spend all of my time working, but as a self-employed individual I have the choice of when, how and whom to work with. I guess this freedom is important to me, and that’s what the story is about.

“Kiosk” first came into existence as an animated film. Does the book have any advantages when you compare it to the animation?

Yes, certainly. It is probably obvious, but I get immense joy from knowing that the reader can take my book in their hands, which you cannot do with a short film. DVDs aside (And who buys those anyway). Another benefit is that the book is “slower”, and every scene or page can be viewed for much longer. Or one can skip it, of course, but that depends on the reader.

What difficulties have you run into when illustrating other people’s books?

I have been rather lucky with my writers and have never had to illustrate a book within which  I could not find something to like. But I have come across a longer poem or part of a story that is somehow failing to inspire me exactly where the rhythm of the book is begging for an illustration. Then you just need to torment yourself a little longer, and you’ll come up with something eventually.

In the current situation, I cannot avoid this question – how do you focus when working from home? Especially when working without a boss or without a deadline.

I also think about this a lot because I find it hard to focus here at home, but I can at least blame my two-year-old daughter since it is completely impossible to work in a room with her. Together with my husband, who is also an illustrator, we have arranged a workspace in our bedroom where we take turns trying to get something done. Maybe a time-table with a do-to list on the wall could help? The problem is that we still do have to meet deadlines. Other than that, this decline in productivity doesn’t worry me at all. It is nothing but normal in an abnormal situation.

I know that artists usually hate revealing their plans before they’ve been realized, but maybe you could tell us a little bit about what you are up to these days?

Usually I am not that secretive but the recent events have shown that you cannot be certain about any plans. However, I should start focusing soon since I have illustrations for three books under way this year, one animation trailer for a festival, and I am about to start a new animated film. Unfortunately several tours and readings of “Kiosk” that were scheduled for this spring and summer have been cancelled, but I hope we can still move these to a later time once the virus calms down.