This Thursday, 21 April, Spīķeri concert hall hosted the Annual Latvian Literary Award (LALIGABA) ceremony. LALIGABA award ceremony is held annually since 2000, and in the last six years it has earned itself a specially high prestige within the Latvian cultural scene. Currently, the ceremony is organised by the International Writers and Translators House, the Latvian Writers' Union, and the Ministry of Culture. It is considered to be the most important event of the year in Latvian literary industry, thus ensuring highly professional evaluation of works published during the year, as well as rewarding only the most outstanding authors. 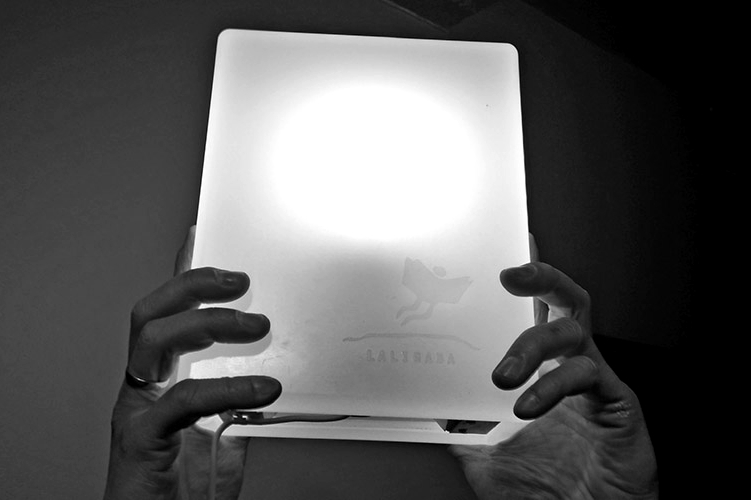 This year's ceremony was designed to fit the colour scheme traditionally found in printed books – elegantly black and white. People chosen to host it are no strangers to the black & white fabric of words either – organisers decided on the writer Pauls Bankovskis, and the film director and writer Kristīne Želve. It surely was not a coincidence that also writing the script of the event was entrusted to a writer – the receiver of the European Union Prize for Literature Inga Žolude. In preparations for the award ceremony, she teamed up with the director Viesturs Roziņš, stage designer Valters Kristbergs, cinematographers Kristaps Kalns and Guntis Leimanis, and the lighting designer Jānis Sniķeris.

The works competing for LALIGABA awards are nominated in five main categories (children's literature, prose, poetry, début, and translation), and two additional categories – Lifetime Achievement Award for exceptional contribution to Latvian literature, and the Special Achievement Award for a unique event in Latvian literature. This year, the Lifetime Achievement Award was presented to the celebrated poet and translator Jānis Rokpelnis, and the Special Award went to the poet Uldis Bērziņš for translating "Edda", a collection of Old Norse mythology and poetry, for the first time into Latvian. The panel of experts decided to award Best Children's Book to Luīze Pastore's "Neredzamais cilvēks"/"Invisible man" (series "Art Detectives") (Publisher: "Neputns"). The title of the best prose work went to Māris Bērziņš for his book "Svina garša"/"The Taste of Lead" (Publisher: "Dienas grāmata"). Poet Kārlis Vērdiņš was announced to be the best in the poetry category for his collection "Pieaugušie / Grown Ups" (Publisher: "Neputns"), and young poet Elīna Bākule-Veira was recognised for her outstanding début with poetry collection "Zilonis okeāns / Elephant Ocean" (Publisher: "Pētergailis"). This year's best translation was Jonathan Littell "Labvēlīgās" ("Les Bienveillantes") translated by Dens Dimiņš (Publisher: "Jāņa Rozes apgāds"). All winners received prize money, as well as a book-shaped table lamp symbolic of books as vessels for spiritual enlightenment, designed specially for LALIGABA by the studio "Mājo".

An online poll was conducted for several weeks in the main Latvian news portal "Delfi", where young poet Madara Gruntmane with poetry collection "Narkozes" (Publisher: "Neputns") was voted favourite with the readers.

Congratulations to all laureates, and we hope to read excellent literature again in years to come! 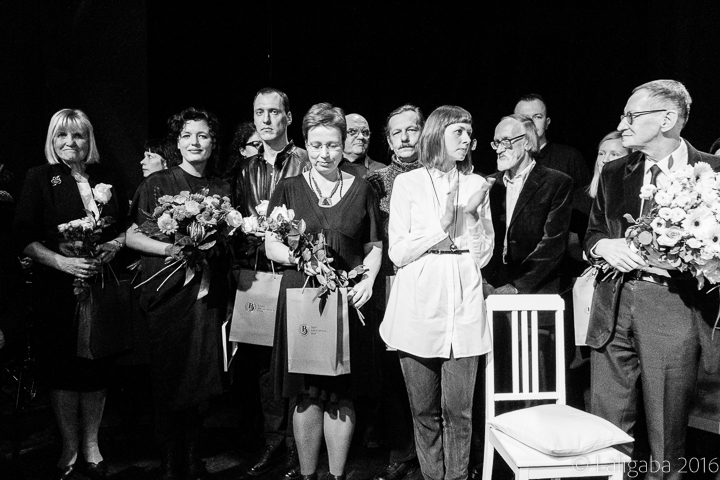