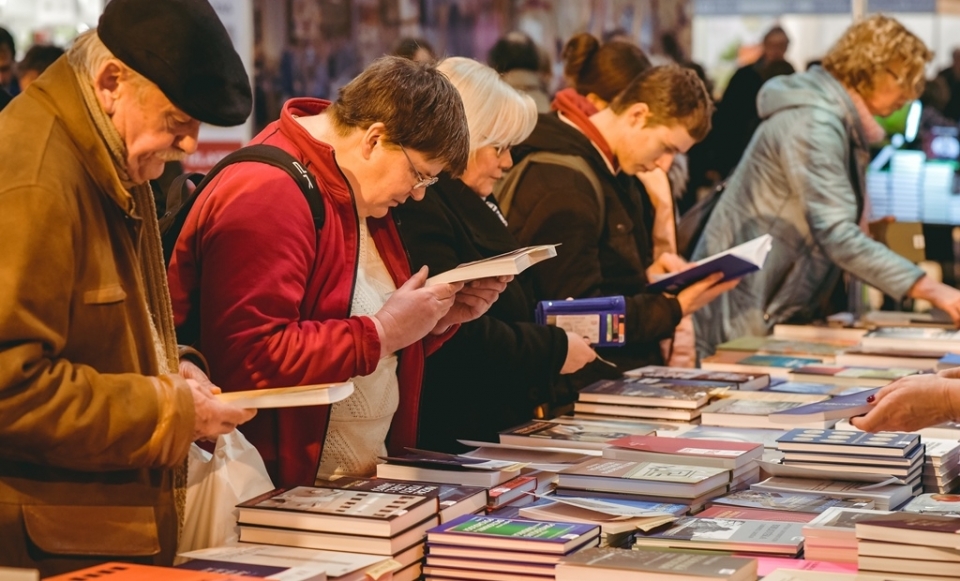 The international conference “In Search of Success Factors in Current Reality of Book Market (Fairs)” will take place on March 1 in Riga as the part of the professional programm of Latvian Book Fair which will be held from March 1st till March 3rd in Ķīpsala International Exhibition Hall (Ķīpsalas iela 8) of Latvian capital Riga.

The conference will continue to explore the current best practices in book publishing and reading promotion that were already widely covered in the conference “How The Book Meets Its Reader”  which took place in Riga in 18th October, 2018. This time the main topics will be devoted to the role of the book fairs, literary prizes and some successfule reading promition strategies from Italy, Sweden and Lithuania with fresh update on recent state of Latvian book market in the end of the conference.

Book-fair themed presentations will cover the versatilty and continuous innovation as the success factor of the book fair (example: Bologna International Childrens’ Book Fair, speaker: its’ long time director, now international affairs manager of Bologna Fieri Roberta Chinni) and the successfult strategies to maintain and engage with the audience (example: Rome Book Fair, speaker: public affairs manager and program coordinator Valeria Mencarelli). Karin Sandberg from Swedish Publishers Association has promised to provide the audience with insight into wide variety of literary prizes in Sweden (which is home of some most prestigeous international awards) with focus on August Prize which is organized by Swedish PA. Last but not least of our foreign guests is Aida Dobkevičiute – seasoned expert on book trade, former executive director of Lithuanian Publishers Association who has initiated and/or helped to organize several important promotion projects for publishers and general readership.

Among the topics scheduled for discussion in the last session of the conference is not only the fresh statistics about the Latvian book market, bestsellers and situation with translations from and into Latvian, but also the update on impact of EUPL winning novels in the success rate of iterary translation projects co-funded by Creative Europe. Latvian PA gathers these data for several years, and the 2018 figures are now included.

The conference is organized in the framework of ALDUS project co-financed by Creative Europe.