Translator Margherita Carbonaro: "Latvians are right: why should I immediately like everybody?"

Translator Margherita Carbonaro: "Latvians are right: why should I immediately like everybody?" 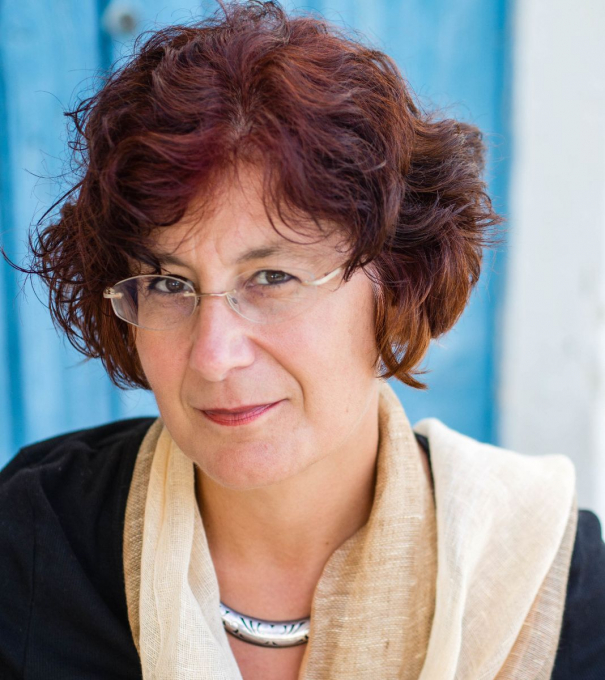 Margherita Carbonaro sees translation as a lifestyle. She started by translation works of German literature into Italian but more recently has been translating from Latvian as well. Her mother was born in Riga and left for Sweden as a World War II refugee, therefore, Margherita was always tempted to learn Latvian. She considers her residence at the Ventspils Writers’ and Translators’ House in 2014 to be a pivotal moment in forming her ever-stronger bond with Latvia. Margherita has translated Nora Ikstena’s “Soviet Milk”, Zigmunds Skujiņš “Flesh-Coloured Dominoes”, Regīna Ezera’s “The Well” and Juris Zvirgzdiņš’s “Mufa” into Italian. She is, however, not only a translator but also a cultural ambassador who now thinks of introducing Italian readers to Latvian literature as her mission.

How did you become a translator and find your way into Latvian literature?

I started translating literature many years ago, not long after I finished university in Milan where the focus of my studies was Italian literature and philology. I took the first step towards my academic career, and I soon stepped back because I understood it was not for me. That is when I started to think about translation as a possible way of living. I say way of living because I really wanted to do something in life which is related to literature, to books, and I always loved diving headlong into languages. Plus, I wanted to be as free as possible, to be able to move, to live elsewhere. Translation gave me all this, and I don’t regret having chosen this path. Of course, you must give up all hopes that you’ll ever get rich – you will have to live modestly and be content with it. And of course, I love words and rhythms and I like playing with them. But I must also mention that after my first translations I worked for a couple of years as an editor in an Italian publishing house “Mondadori” and this experience was very important because I learned a lot about how books are made. In short, I have been working as a literary translator mainly from German – I had the privilege to translate, among others, authors like Thomas Mann, Max Frisch, Herta Müller – and occasionally also from English. A few years ago I started translating also from Latvian. I am half Latvian myself – my mother was born in Riga and together with her family escaped to Sweden in 1944. Unfortunately, I didn’t learn Latvian as a child and I had to study hard to catch up later. I did this a little on my own over the years and then – after having gone through the grammar and with scarce active knowledge of the language – I went to Ventspils Writers and Translators House in 2014 for the first time. That was the turning point. There I studied very intensely and since then I have been learning continuously. I put quite a lot of time and energy into studying, reading and learning to translate from Latvian – but it is something I always thought I should and would like to do. But, honestly, without the Ventspils House and my teacher Sintija Ozoliņa, I doubt I would have ever succeeded.

How would you characterize Latvian literature? Are there any specific traits that set our literature apart from that of other countries?

I can only give my personal impressions because I am still in the process of discovering Latvian literature. I could describe it as a sea that so far has been scarcely navigated, with some very beautiful islands – some first-class authors who absolutely deserve to be known and translated, like Regīna Ezera, whose voice belongs to European literature but is also very special. Whether it has a “Latvian touch” or its uniqueness comes from her being a great author, I cannot say. One thing is true, though, and even too obvious: Latvian literature is different because its works are mostly set in Latvia, and readers may want to read Latvian authors in order to know more about Latvia and its culture. This is something we translators should keep in mind. When I translate an author into Italian, I also bring to Italy a piece of Latvia. An absolutely different and unique tradition is that of Latvian folks songs, the dainas. There you find a mythology, a singular perception of life and existence, images that are surprising and very beautiful. Every time I happen to read aloud some dainas, people are extremely touched by them.

What do you think of Latvians as people?

Not introverts at all! Maybe a little suspicious at first. When they meet someone for the first time, they have this “give me a good reason why I should like you” attitude, but if they find the reason, they can be very open and hearty. Actually, I think Latvians are right: why should I immediately like everybody? Once they have realized that your company can be pleasant, Latvians are full of humour and good friends to cry and laugh with.

What are some of the peculiarities of the Latvian language you have struggled the most to translate into Italian?

Latvian is a very compact language, and translating into a Romance language means sometimes having to dismember a word: in Latvian, you can express so many nuances just by adding a prefix to a verb. According to my experience, difficulties in translating from Latvian are usually not syntactical, but lexical. Latvian has a very rich vocabulary – take the words “mūžs” and “dzīve”, for example. In Italian I only have one word, “vita”, which is both the biological life and a person’s lifespan – and it cannot stretch, like the Latvian “mūžs” does, into eternity. I encountered “mūžs”, for example, when I translated these lines from a daina saying that the water and the stone live the same endless life as the sun: «Ūdeņam, akmeņam – tam dzīvot saules mūžu». There are some beautiful words, like the ones I encountered in Regīna Ezera’s “Aka”: “vižņi”, meaning the ice floating on the water. And even colloquial words like “lāpīties”: how can I make Italians believe that someone may want to drink alcohol in order to recover from alcohol? But my favourite characteristic of the Latvian language is the locative case. It’s so beautiful and clever: to say that something is in/inside something else, you don’t use a preposition but you stretch a vowel: no doubt that being in somebody’s “galvā” is a much closer and intimate experience than just being “in his/her head”.

How do you see the translator’s profession – as a mission, a challenge, or simply an occupation?

Probably a little of everything, depending mostly on the author I am translating. Sometimes it is a challenge, which also means that I get to learn a lot from a book or an author. A challenge is something that enriches you. Sometimes translating is just work, and when a sentence, or even a book or parts of it irritate me because I don’t find them good, then I try to calm down and say to myself: it’s your job, you can’t expect to bathe in enthusiasm all the time. I always try to translate books and authors I like, but there are things which now and then cannot be avoided. In the past, I never thought of translating as a mission. If I don’t translate a German author, I always thought, someone else will do it. But knowing that through my work I can contribute to making Latvia better known in Italy, well, maybe you could call it a mission. In any case, it is a strong motivation. Sometimes I receive messages from readers thanking me for having brought a certain Latvian book to Italy, and it’s very rewarding.

How do you cope with the feeling that the translator is usually overshadowed by the author?

Again, it depends on whose’s shade it is. It can be pleasant, even an honour, but it can also be a nuisance, of course. If you admire and respect somebody, you don’t mind being in their shadow. As I said, I view literary translation as a way of living – which includes certain freedom of movement and not being necessarily bound to a place – and I feel rather happy with it. In some circumstances, it may give you the opportunity to be under a double shadow: the author’s, but also that of the place where at least theoretically – unfortunately not now! – you might choose to be. The most extravagant experience I had in this sense was when, many years ago, I spent a few months in a Tibetan region of China. In the morning I worked in a school, in a small village on the plateau, at 4200 meters, and in the afternoon I translated Thomas Mann. So, I was under the big German esthete’s shadow, but at the same time, I was also under the shadow of the yaks and herders who were passing by. And I had the feeling that, in that environment, I was also playing some kind of trick on the author. Could the authoritative German esthete ever have imagined that his words will be translated in such conditions?

How do you envision the future of literature? Will people not stop reading?

No, I don’t think they will stop reading. I think there will always be people – even if only a few – who will want to find the world and life transferred and transformed into written words.