Ieva König (b. 1985 as Ieva Krūmiņa) grew up on the picturesque shore of the Baltic Sea in Ventspils, Latvia. After completing her BA studies in German Literature at the University of Latvia, including an exchange semester at the University of Rostock, she continued her education at the Ludwig-Maximilians-University Munich on a scholarship of the DAAD (The Germany Academic Exchange Service), now holding an MA degree in Comparative Literature. She has worked as a librarian at the Goethe Institute in Riga, as a tutor in an english language school and has taught Latvian at an adult education centre, while forwarding her personal enthusiasm regarding foreign languages and cross-cultural understanding to others. Ieva successfully completed the translator mentorship programme organised by Latvian Literature and lives in Munich, Germany. 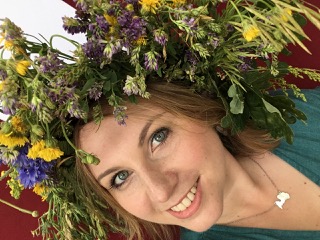