Lauris Gundars is a Latvian playwright, scriptwriter, and director (born in 1958). Gundars has studied Law at the University of Latvia (1980. - 1985), Theatre Directing (Saint-Petersburg, 1983. - 1988) and Scriptwriting (Moscow 1987. - 1989). Gundars is the director of 24 theatre stagings, author of 32 plays and adaptations, 14 full-length feature scripts, 2 TV series, two novels. He is also the author of Dramatica or Rational Poetics, a book on mastering tools for drama, which showcases his deep knowledge of dramatic history and theory and his wide-ranging experience in the field. He is also head of the Lauris Gundars’ Writing Workshop, tutor at numerous European international writing workshops. Lauris Gundars teaches drama and communication at Latvian Academy of Arts, RISEBA University, and Riga Stradiņš University. He is the creator of MA playwriting program at the Liepāja University, and host at the  "THEATRE ATTIC" radio show. He is a member of Latvia's Theatre Labour Association (since 2001) and the Latvian Writers' Union (since 1995).

In other languages
Dramatica or Rational Poetics. Riga: Darbnīcas, 2016. 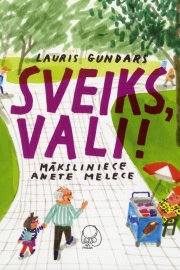 A grandfather and granddaughter call each other by the nicknames they have given each other: Whale and Buzzfly. Whale takes care of Buzzfly while her parents are at work – which is almost always. They spend a lot of time together, but there is one question bugging Buzzfly: why does Whale never says hello to anybody? They have a long discussion about the importance of saying hello to other people and Whale has no choice but to agree. So Buzzfly has to teach Whale how to greet others, but this is no easy task. They start by greeting cats, cars, and houses before Whale builds up the courage to say hello to another person. 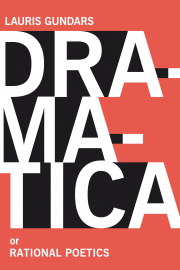 The motto of DRAMATICA or Rational Poetics: “We tell only stories about people—because we tell them to people.”

Our main business in life is to study fellow human beings: this is the only way we can find our special place in this universe. Who are they? What do they think, feel, want? Why do they act in this particular way? Why does someone/no one love me? DRAMATICA or Rational Poetics answers these questions in a direct, uncomplicated, and witty manner. Although the title of the book indicates that it is a collection of a playwright’s professional tools, the author, Lauris Gundars, has found a way of speaking that is accessible to anyone interested in people. It is exactly for this reason that the first edition of the book, written in a relaxed and captivating style, has already won popularity among both professionals and readers interested in life exploration. Based on many years of experience in creative work and teaching, Gundars proposes a distinctive, simple, and efficient method of creating characters—particularly useful to practicing playwrights. 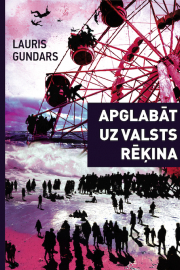 This crime thriller is set in modern Latvia, where people still think in two different languages. The Russian speakers nostalgic for Soviet times, when they ruled over the country for half-a-century. Meanwhile, those who had to fight to re-gain their independence, will never forget.

Tensions between the two sides are stirred up again, when a Latvian national party MP is murdered. The suspect is Russian: the son of a man who actively and openly denies Latvia’s independence.

The case is given to a detective who is forced to confront her own origins – the dreams and desires of both sides flow in her blood. The scandalous murder uproots the political scene in Latvia, uncovering truths that have been buried for decades. People of all ages and class are still looking for ways to co-exist with each other in a world that doesn’t have straightforward rules. The people of Latvia are embarking on a new future in the European Union, which promises to build the most humane society in the world. But shaped by a past as violent as Latvia’s, are they even capable of living up to this ideal? And what will it take for them to realise that we’re all the same? 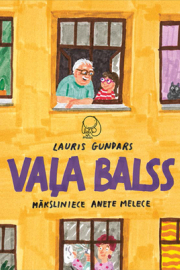 This is the second book about Whale and Buzzfly. Tomorrow is election day and Buzzfly is worried that her parents aren’t taking this seriously enough. She locks the family inside their apartment and throws the only key out the window. Now her parents have to vote for the one who can get them out of this difficult situation and the only way they can do that is if they put their trust in each other like they would in a real government. Thrilling and dangerous events unfold as they try to get back the key, but they all learn some important lessons along the way.

About Becoming a Stranger or a Story about Gunārs A. // Online magazine Satori, 2021. 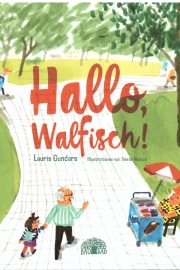 The author, the publisher, the illustrator; 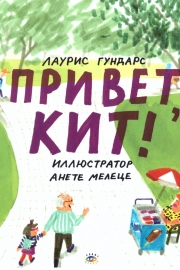 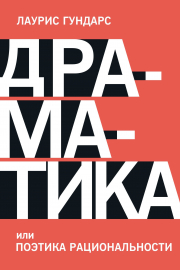 The author, the publisher, the photographer, the designer

It is a conversation on dramaturgy; how to tell a story that every spectator wants to see - based on true events, perhaps crazy, and without cold mind games? 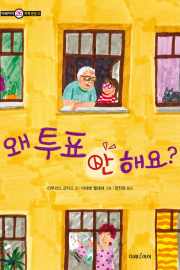 The author, the illustrator

This is the second book about Whale and Buzzfly. Tomorrow is election day and Buzzfly is worried that her parents aren’t taking this seriously enough. 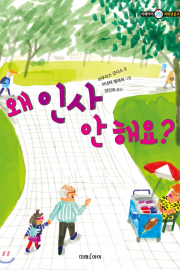