Andrejs Upīts (1877–1970) was an author, literary scholar, and literary critic. He lived through several different eras and their contradictions, which left a clear mark on all of his writing. Upīts wrote in a wide range of genres. His body of work includes 20 novels, 12 collections of short stories, and a succession of plays – dramas, comedies, and historical tragedies. Throughout his career, the author was both a literary scholar and a literary critic. Upīts was also a poet, journalist, and translator. He translated the works of Gustave Flaubert, Heinrich Mann, Anatole France, Heinrich Heine, and other foreign authors into Latvian. After World War II, Upīts became the head of the Department of Latvian Literature at the University of Latvia (1944–1948). Later he became the founder and director of the Language and Literature Institute at the Latvian SSR Academy of Sciences (1946–1951) and the president of the Latvian Writers’ Union (1944–1954). 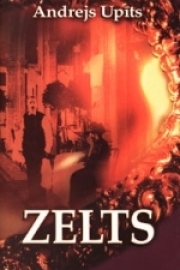 Gold was serialised in periodicals in 1914 and published as a novel in 1921. This book, like most of Upīts’ writing, contains a notable analysis of contemporary social issues. Several artistic techniques, symbols and motifs characteristic of Upīts – also present in his later works – appear throughout this novel. For example, the title embodies a symbol which becomes a leitmotif of the book. In this case, gold (or money) is a convenient literary device, used in a manner similar to its appearance in the works of Émile Zola, Charles Dickens, William Makepeace Thackeray, Fyodor Dostoevsky, and other nineteenth-century authors, demonstrating that wealth can fundamentally test a person’s fundamental humanity. Augusts Sveilis Jr., the oldest son of a poor small- town tailor, is at the centre of the story in Gold. He and his family are tested suddenly and unexpectedly when Augusts, working as a servant, receives an inheritance from his mistress. The inheritance leads him (and his family) into a completely unfamiliar environment, one they had previously only seen from a distance. In this world, commercialism, intrigue, and the excesses of Rīga’s Latvian bourgeois inhabitants are everywhere. Here the slogan “Gold is life, gold is freedom, gold is everything” rules. Symbols of the era – shops or many types of goods, a car, and the bourgeois social circles of big-city Latvia – reveal the magical power of money, against which their country / small-town morals turn out to be powerless. 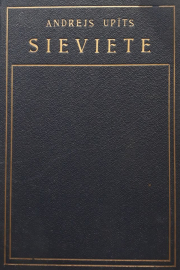 Woman was Andrejs Upīts’ first significant novel and has been republished numerous times and widely discussed. It was the work with which he first gained notoriety in Latvian literature. When it was published, he had only recently left his teaching position, and the book’s popularity allowed him to turn his full attention to writing. Critics consider the change of setting – from the countryside to the city (i.e., from an environment which tends towards complete order to an environment where absolute chaos is a constant) – as the greatest influence Sieviete and other works by Upīts around the same time had on Latvian literature. These works brought radical changes to the principles of Latvian novel writing.

In Latvian literature of that time, Sieviete – an explicitly realistic work, which balances on the border of naturalism – was also noteworthy for its focus on relationships between men and women as well as its nuanced description of the main female character’s mindset. The plot centres on Elza, a young woman from a small town, and her move to Rīga following her father’s death, which critics have interpreted as a metaphor for the decline of patriarchal society. She arrives in the city and joins her brother and his friends at a boarding house. They take advantage of her naïveté, get Elza drunk, and begin to force themselves on her. Her brother doesn’t defend her. Thus “defiled”, Elza then tries to have her revenge on her brother and his friends in various ways. A young poet tries to stop her, but Elza doesn’t listen to his warnings. The next time the poet arrives, it’s already too late. The players of this game are all dead, including Elza herself who commits suicide upon discovering that she has syphilis. 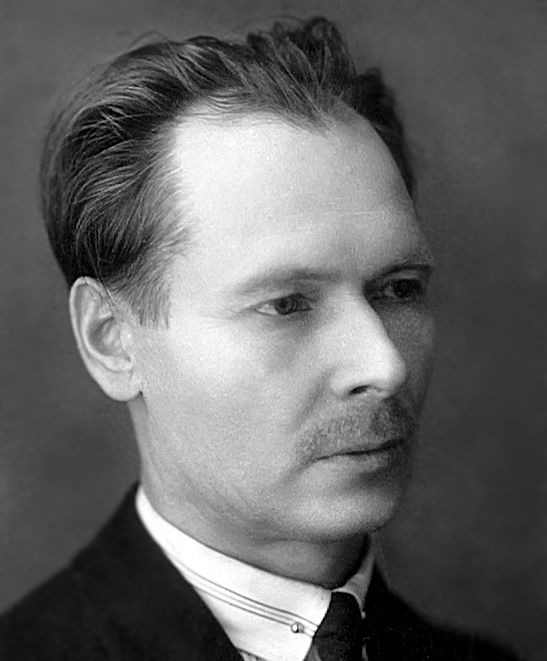