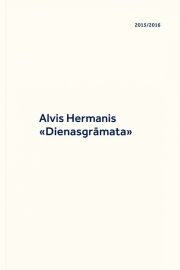 Alvis Hermanis’ Diary was written during one season – 2015/2016, when such productions as Die Liebe der Danae (Salzburger Festspiele), I due Foscari (Teatro alla Scala), La Damnation de Faust (Opéra National de Paris), Brodsky/Baryshnikov (Jaunais Rīgas teātris), Die schönsten Sterbeszenen in der Geschichte der Oper (Schauspielhaus Zürich) etc. where staged. “Of course, this is not a real diary. I knew it right from the beginning that it would be read by people who are strangers to me. Why do I need it? A good question. I wouldn’t want anybody else to write about myself and my work. Because I’m not sure whether anybody else, except me, is able to understand what I am really doing and what’s behind all that. I’ll try writing about it myself.” (Alvis Hermanis) 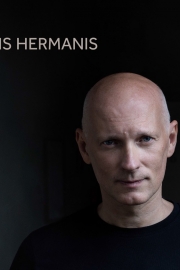 The album Alvis Hermanis collects images from the most visually interesting productions of Alvis Hermanis. These are accompanied by short commentary written by the director himself, as well as fragments from reviews by theatre and film critic Normunds Naumanis. The album also includes an interview with Alvis Hermanis and an introductory essay written by theatre historian and critic Edīte Tišheizere.
“My greatest conviction is that every story is in its own way a model of the world. Every opera, every play, every poem exists as a model of the world in miniature. Latvians have a saying: “the sun in a drop of dew”. This tiny dewdrop with its spherical shape reflects the entire cosmos.  I regard each story told in the language of theatre in a similar way. Each individual work is embedded in a certain anthropological context, with all the consequences that follow from that, also at the aesthetic level, as regards style, the visualisation. For me, the visualisation is always the beginning of the beginning. Until I begin to see pictures of how the production could look, the process simply cannot take place.” (Alvis Hermanis)