Writer and translator Baiba Zīle (1974) was born in Ventspils, Latvia and now lives in Frankfurt am Main in Germany. She has a degree in Philosophy and Law and has worked as a philosophy teacher, journalist, airline marketing assistant, assistant to a trader in New York, project coordinator in the EU, UN and USAID projects, lawyer and executive assistant in the European Central Bank. Baiba Zīle has translated into Latvian the works of Boris Vian, Albert Camus and Simone Weil among others. Prior to The Master of Lies, Baiba Zīle published a novel Simulating Life (Dzīves simulācija) under the pseudonym Anna Kravicka. Under the pen name Barbara Sea she has also written several books in English.

Piezīmes no citurzemes [The Notes from Elsewhere]. Riga: Zvaigzne ABC, 2021.

Death of the Grand Hotel, The Return of Aunt Oana, The Smell of Hamburg. Self-published on Amazon, 2015. 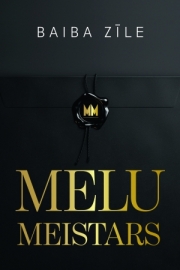 The novel Master of Lies is a fast-paced tale in which a classic thriller and crime plot are used to create a more profound theme, that of a person’s path to self-awareness during a period of historic complexity, and the dilemma of balancing the desire for survival with a clear conscience. The engrossing story of love, crime and a search for the meaning of life unfolds against a vividly depicted background of recent Latvian history. Alise and Aleksandrs grow up in late Soviet period Riga – in the same period of history, but in different worlds. Alise is a child in the family of a well-to-do party functionary, while Aleksandrs, having arrived in the capital city from the country, ends up in a communal apartment and hanging out with street gangs. The grown-up Alise spends most of her time in her own world of dreams and feelings –  living in a bubble which gently sweeps her through the times of change, while Aleksandrs flees the USSR and becomes part of an international mafia dealing in gemstones. Alise and Aleksandrs don’t know each other, however, they are linked by a mysterious person who calls himself the Master of Lies and who holds in his hands the threads of the silent instrument of power so popular in the USSR: a web of secret agents, informers and denouncers. The paths of Aleksandrs and Alise gradually move closer until they cross, and in now independent Latvia they, of course, fall romantically for each other. However, there is an obstacle to their happiness, a betrayal that took place in the past: one that they would like to believe had been forced upon them by the prevailing situation, yet the question remains of just how far a ruling power can manipulate the conscience of person who on the inside remains free.

About The Notes from Elsewhere // Online magzine Satori, 2021 [LV]

About The Master of Lies // Latvijas Sabiedriskie Mediji, 2017 [LV] 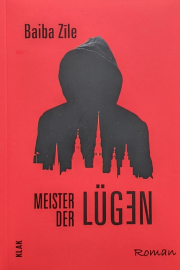 The novel Master of Lies is a fast-paced tale in which a classic thriller and crime plot are used to create a more profound theme, that of a person’s path to self-awareness during a period of historic complexity. 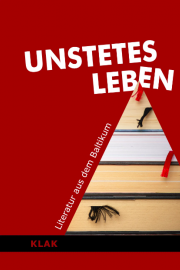 An anthology in German of Baltic Literature.