Regīna Ezera (née Regīna Kindzule, 1930–2002) was born in Rīga. Ezera graduated from the Department of Journalism at the University of Latvia and published her first literary work in 1955. From the 1960s onwards her primary occupation was writing. Her most well-known works are the novels Aka (The Well; 1972) – which was adapted into the highly popular film Ezera sonāte (The Lake Sonata; 1976), Zemdegas (Smouldering Fires; 1977), Varmācība (Violence; 1982), Nodevība (Betrayal; 1984), and the short story collections Slazds (The Trap; 1979), Princeses fenomens (The Princess Phenomenon; 1985) and Pūķa ola (Dragon’s Egg; 1995). Considered a master of what could be called “silent drama” as well as nuanced psychological portraits, she pays great attention to detail in human relationships and often uses parallels with the animal world, exploring the interaction between man and animal. She blurred the line between psycho-realist and postmodernist fiction in the novels Zemdegas, Varmācība and Nodevība, deconstructing the plot and incorporating her own persona and reflections about writing. Her works have been translated into German, Swedish, Estonian, Italian and other languages. 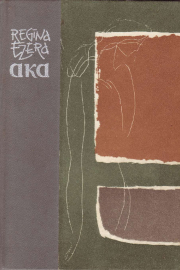 The novel The Well begins on the shores of a lake in the height of summer. Rudolf, a doctor from Rīga, is looking forward to spending some time away from work and plans to spend the time fishing on his own while lodging with an elderly couple on a lake. He comes into contact with the neighbours next door, the Tomariņi family, when he borrows their boat for his fishing trips. He meets Laura and her two children, Zaiga and Māris, her mother-in-law Alvīne and her sister-in-law Vija. For Laura, this encounter  is a reminder of her wasted life, one of self-denial and her attempts to honour her responsibilities. For her children, it is a reminder of how much they lack a father figure. Attraction blooms between the quiet, slightly standoffish Laura and the confident, successful Rudolf, yet from the very beginning there is the feeling that the relationship is doomed. A crucial part of the story is the presence, or rather absence, of Laura’s husband Rihard, who is in prison for the murder of a friend he killed on a hunting trip while drunk. The fact that Rihard is soon to be released casts a shadow over any attraction Laura and Rudolf might have for each other. Rihard, from a distance and through his circumstances, has forced Laura to play the roles of perfect mother, perfect wife, and strong woman. Regīna Ezera skillfully blends the lives of all these people together, showing how the sins and life events of previous generations can echo and reverberate through the lives of their children and grandchildren. 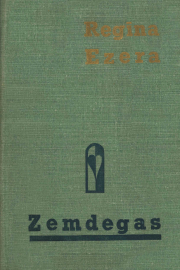 Smouldering Fires, which the author herself referred to as a “phantasmagoria”, was Regīna Ezera’s sixth novel. It  is composed of six stories, all of which take place in the small town of Mūrgale, and the main characters of each tale die at the end due to various coincidences. The novel culminates in the sixth story, where the reader learns that all of the earlier stories were a vision seen by the author. Ezera then speaks directly about creativity and about the relationship between literature and literary criticism, and the story includes a conversation between the author and a young journalist as well as with a stubborn colleague at the literary museum who ends up causing the author’s death. This novel is unusual in Latvian literature, because Ezera dared to make it less of a description of Mūrgale and its people, and more about her relationship with literature and the development of the novel’s fictionalised form. In this novel as well as in nearly all of Ezera’s works, one encounters the motif of the “tormenting past”: several characters have an event or transgression from their past that torments them, causing them to feel guilt and to suffer as a result. Aside from a postmodern resolution not seen in other Soviet-era literature, this novel’s most powerful aspect is found  in its nuanced descriptions of the fates of individual characters and the complexities of their relationships.

About Most likely no... Hour calendar // Rīgas Laiks [LV]

Silvia Castellani, review of The Well // Satisfiction, 2020 [IT]

Giorgio Mascitelli, Un pozzo in Lettonia, review of The Well // Nazione Indiana, 2020 [IT] 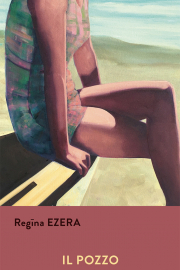 The author skillfully blends the lives of all these people together, showing how the sins and life events of previous generations can echo and reverberate through the lives of their children and grandchildren. 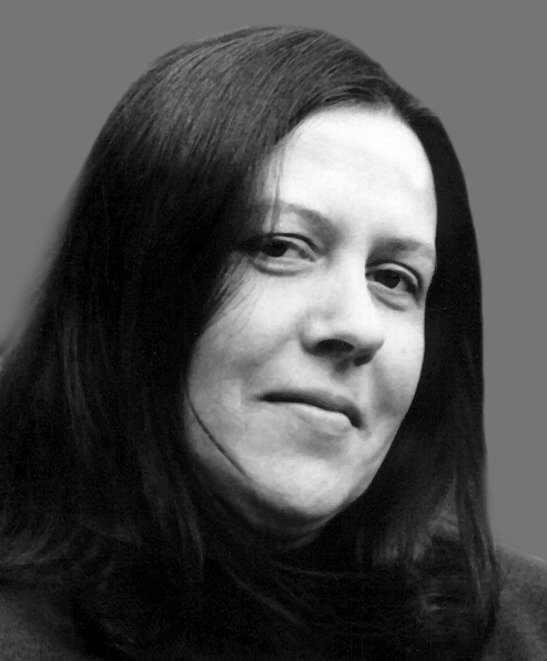