Prose writer Gunars Janovskis (1916‒2000) was born in Helsinki to the family of a captain serving in the navy of the Russian Empire. Janovskis and his family returned to Latvia in 1919, and Janovskis spent his childhood near the sea and on fishing trips with his father. He began his studies in classical philology at the University of Latvia before fleeing to Germany in the autumn of 1944. Immediately after the end of the war, he resumed his studies at the University of Bonn in Germany. In 1947, he moved to the United Kingdom and initially became a manual labourer, working as a field hand and at a brick-kiln. Janovskis is considered one of Latvia’s best prose writers. During his life, he wrote more than 30 novels. Most of his work focuses on life as a refugee and relationships between Latvians in the refugee community. In many of his works, the author also includes details from his own life, giving his stories a somewhat autobiographical feel. Janovskis was a true master of the form and his novels contain all that is characteristic of this type of prose: passion, adventure, resignation to one’s fate. Some of his novels contain more exotic elements, while others focus on everyday life and the events of his time. The reader may also encounter snatches of heartfelt dry wit in some of his works. 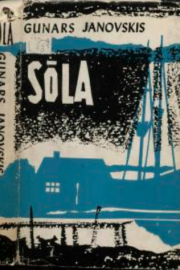 This novel is about Baltic refugees  and their lives in post-war England. The novel contains autobiographical elements, as the author includes details from his own life as a refugee. The plot focuses on events unfolding over the course of several months in the lives of the people living on Sola, an island just off the coast of England. Most of the novel is centred on a small segment of the island’s 170 inhabitants, and the main character is Arturs Skuja, a Latvian refugee. The most important events on the island and the experiences of its residents are revealed through the lonely, sensitive observations and emotions of this Latvian man still in the thrall of memories of his homeland. Skuja – who has worked as a field hand, raised chickens, and can also pilot a motor boat – observes and analyses the characters of his English and Irish co- workers, along with the English holidaymakers who come to Sola each year. This Latvian refugee contrasts with another strong figure in the novel: the swaggering Juhans Raudseps, a former Estonian officer. He embodies the tragic ex-soldier and, like other such characters struggling to cope with tragedy, he is shown quietly retreating from the outside world, unable to overcome his depression and longing for Estonia.

With a heavy dose of incredulity, Janovskis examines contemporary events in politics and the injustices experienced by refugees living in  exile. He also describes the horrific anguish felt by refugees at times,  which they must somehow work to overcome. Running throughout the novel are the themes of longing for one’s homeland and feeling deep guilt about not being able to help one’s country. Janovskis also explores how  the relationships among refugees were often were the only thing that  could bring them back to reality. There have been a number of theatrical adaptations of Sōla, and this novel continues to be popular for new generations of readers. Janovskis has won the hearts of Latvian readers, particularly for his descriptions of the tragedy of the refugee experience and life in exile.

1974, the Gopper Fund Award for To No Return

1966, the Culture Fund Award for At Torna and Mist rises over Trenta 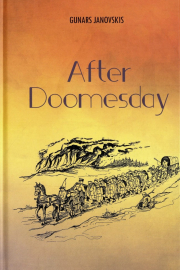