Jānis Jaunsudrabiņš (1877–1962), one of the most well-known Latvian authors of psychological prose, left a lasting mark on every literary genre imaginable, though in the present day he is mostly remembered for his skilful portrayals of country life. Past and present critics have also remarked on Jaunsudrabiņš’ realistic approach to describing people and his use of vibrant and picturesque “popular language”, which, as Latvian writer Jānis Veselis notes, “makes even small events interesting”.

Jaunsudrabiņš, who was born into a servant family, lost his father at the age of three and spent his childhood tending livestock and attending the Nereta Parish School in southern Latvia. He lived most of his life in Latvia, finally fleeing the country during the Second World War. He ended up in Germany, where he died in Körbecke in 1962.

As well as writing, Jaunsudrabiņš also worked as a professional painter and book illustrator. During his lifetime there were several exhibitions of his work, and he is considered one of the foundational figures in the art of book illustration in Latvia. He made his literary debut with his translation of Knut Hamsun’s novel Pan and would go on to translate other novels by Hamsun into Latvian, as well as works by Guy de Maupassant, Charles De Coster, and others. In his youth he wrote poetry. In 1906 he signed the Decadent declaration Mūsu mākslas motīvi (The Purpose of our Art). The first significant work of prose by Jaunsudrabiņš was his short story Vēja ziedi (Wind Blossoms), which was published in 1907 and gained the attention of critics for its interesting portrayals of people and nature and the composition of its central metaphor. 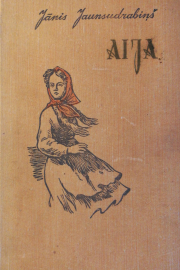 Jaunsudrabiņš’ trilogy Aija (1911–1924) follows the life of a man named Jānis. In the first novel, he is a fifteen-year-old servant boy working as a cowherd at a wealthy farm, who falls in love with the slightly older Aija, a maid at the main house. Aija flirts with Jānis but is more interested in an advantageous marriage than in this cowherd’s love and marries a wealthy, middle-aged cobbler. Jānis is crushed and sets out for Rīga, where he works in various factories so that – in the second part of the trilogy – he is able to return to his childhood home by the time he is thirty, to help out on the farm. Jānis falls in love with Ieva, who was just a little girl in the first book but has grown into a beautiful young woman and is also working as a maid. Jānis tries to use this new love to get over his earlier infatuation with Aija, whose husband has since died. He is not successful, and is thrown into an existential crisis, though this crisis is ultimately resolved when Jānis marries Aija.

The final volume of the trilogy focuses on their life together and reveals that Aija isn’t even close to being the woman he had envisioned. She is a pragmatic egotist who is also disloyal and lazy, but Jānis is unable to leave her. This makes his life even more miserable than it was before his marriage, when Aija was constantly on his mind. And so, because of this, he commits suicide at the end of the novel.

When describing this work – which has also been added to the Latvian Culture Canon – Latvian literature specialist Viesturs Vecgrāvis says: “with respect to the qualities of its psychological portrayals, it can be counted among the best European realist novels of the first half of the 20th century.” Along with other critics, he also highlights Jaunsudrabiņš’ vivid language and ability to reveal his characters’ inner experiences and feelings. 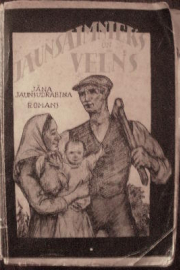 The Farmer and the Devil

At the beginning of the novel The Farmer and the Devil, the retired Latvian army officer Krasts is building his new farm. Together with his wife Aina and her father Andrāns, he works tirelessly to complete it, turning the surrounding spruce forest into pastures and putting up new farm buildings. However, a devil, a figure in Latvian tradition who is more of a trickster than a diabolical villain, has lived in this part of the forest for centuries and is angered by the destruction of his home, so he directs a series of misfortunes at the farmer – a beautiful woman named Manga, lack of money, etc. – to try and make him leave. At first the farmer is somewhat susceptible to the devil’s temptations, but in the end he pulls himself together and defeats them, so that good triumphs after all at the end of the novel.

According to his contemporaries, Jaunsudrabiņš’ inspiration for this novel came from watching sap drip from a birch tree. This prompted him to imagine the devil as a symbol of primordial nature, which – as the author would later say himself – manifests in physical desire and material temptation, all of which are defeated by the farmer’s virtuous hard-working character. The character of the metaphorical devil in a novel which is otherwise entirely realistic prompted considerable discussion at one point. Ultimately, Jaunsudrabiņš became involved in these discussions himself and reminded readers in the newspaper “Jaunā daiņa” in 1934 that gods in early literature would also often be described realistically. In his opinion this same artistic technique could be used in the 20th century; even though humans had acquired godlike powers, this very same power had made them increasingly anxious and, since readers were seeking “the kind of peace that’s found only in fairy tales”, the author wanted to give this to them.

The Farmer and the Devil

1951, The Culture Fund Award for The Green Book

1944, The Culture Fund Award for Money

1936, The Culture Fund Award for the story Teapot

1934, The Culture Fund Award for The New Farmer and the Devil 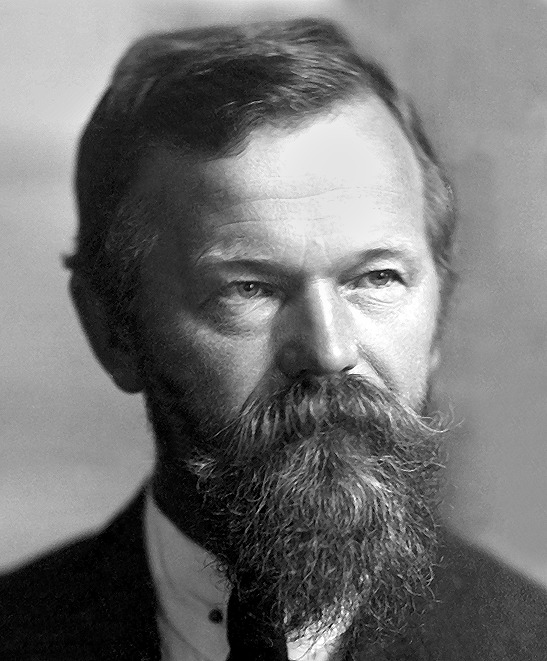