Valentīna Freimane (1922-2018, born Lēvenšteina, Riga) is a Latvian theatre and film critic and scholar, holding a PhD in art history. Valentīna Freimane lost most of her family to the Holocaust but managed to save her own life finding refuge with acquaintances. She grew up travelling between Paris, Berlin and Riga, and was early on in her life exposed to several languages. Freimane graduated from the Department of History of the University of Latvia in 1949, and did her residency at the Theatre Institute of Moscow (1971) where in 1992 she was awarded her Ph. D. Valentīna Freimane is a member of the International Federation of Film Critics FIPRESCI, she  received the Riga Film Museum prize for lifelong contribution to film education in Latvia in 1994. Her contribution to film and art criticism in Latvia is deemed unparalleled, and her academic papers and reviews are often quoted and referred to by notable figures in Latvian culture and film industry. Freimane's memoir Farewell to Atlantis (Ardievu, Atlantīda!, 2010) has been published in Germany as Adieu, Atlantis (by Wallstein Verlag, translated by Matthias Knoll). The captivating and epic story of her life was adopted for opera (music by Arturs Maskats and libretto by Liāna Langa) and premièred in 2014, in the National Opera, and was performed at the Deutsche Oper Berlin. Freimane's papers are usually devoted to cinematographic art, paying close attention to theoretical issues, historical and national phenomena and important figures in film and theatre arts. 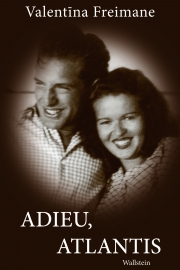 Farewell to Atlantis was the winner of the 2010 Annual Latvian Literature Award.

In her memoir, film scholar Valentīna Freimane (together with Gunta Strautmane) talks
about pre-war Paris and Berlin, about legendary film stars she has seen close up, and about regular trips as a teenager from Riga to Berlin and back. Going back to her childhood and early youth memories, the author describes the various environments in which she grew up: the high-finance bourgeoisie and artists’ milieu of Paris and Berlin, and particularly their film world with personalities well known from the history of cinema; the Riga Jewish, Baltic German and Belarusian circles and their lifestyles, as well as schools in Berlin and Riga. It is then she depicts the collapse, destruction and annihilation of all of this during the years 1940–1945, along with the particular culture that was characteristic of people in this part of the world. She has endeavored to provide her outlook as a child and a teenager without projecting an analysis of events that comes in the latter stages of one’s life, and to memorialize those people who, endangering their own lives, helped her and gave her shelter during the Holocaust in German-occupied Latvia. Her memoir encompasses an unusual variety of national, social, geographical and cultural milieus in the 1920s and 1930s up to 1945, which marks the end of the war and the beginning of the long-term Soviet occupation of Latvia.

Sold to Germany and Lithuania

2015, the 3rd best biographic novel of the year in the prestige German history magazine Damals competition 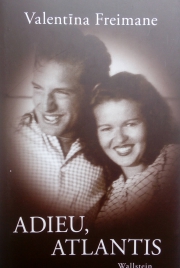 In her memoir author writes abour pre-war Paris and Berlin, and of the regular trips she took as a teenager from Riga to Berlin and back. 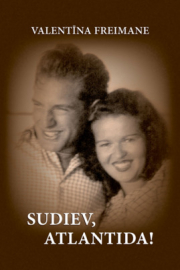 In her memoir author writes about pre-war Paris and Berlin, and of the regular trips she took as a teenager from Riga to Berlin and back.