Margarita Perveņecka (1976) is a Latvian playwright and writer. In 2001, Perveņecka graduated from the Latvian Academy of Culture with a BA in film and theater, and since then has been publishing her writing, working for various creative platforms, and writing screenplays. Her first collection, All the Trees Have Gone, was published in 2006. Perveņecka has written several plays for theaters  in Latvia: Ludwig’s Project was directed by Dž. Dž. Džilindžers in 2004 for Daile Theatre; orget-Me-Not Sausage Paper was performed at the TT Theatre (titled Ņezabudka Vulgaris, directed by Lauris Gundars, 2002); Civil Chain was produced at ACUD Kunst Haus in Berlin (directed by Inga Rozentāle in 2002). Her writing stands out with her unusual ways of perceiving the world, her use of scientific terms, internationalisms, neologisms, and other peculiar and poetic means of expression. Her novel Getano’s Krematos received the 2011 Annual Latvian Literature Award. 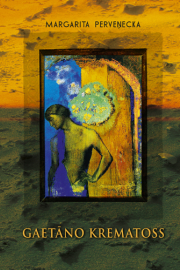 Gaetano’s Krematos is a novel about a tired and shadowed soul’s journey in the footsteps of lost gods. The main protagonist, Gaetano, interacts with divinely beautiful beings—wise superhumans who can create not only works of art, but whole worlds. He idolizes them, but his interaction with them is fleeting, like sunlight briefly reflecting off water in cupped hands. Unsuccessful attempts to repeat this interaction cause Gaetano to lose trust in his own abilities, which mentally paralyzes him. The only thing keeping him alive burns out in the dark. His comatose existence is sustained by memories of light, which once again awaken his longing to become one with absolute beauty and magnificence. Gaetano’s journey ends with the creation of a culminating work of art—he finally breaks into a different state of consciousness and a different reality; a self-transformation into a higher plane: divinity.

The novel’s language and structure are microscopically subtle and macroscopically detailed at the same time. Though it is frequently poetic, it is essentially an impassively technical description of episodes observed in the present. A verbalized manifesto of the characters’ inner thoughts and emotions appears at the very end of the novel, taking the form of monologue poems. What appears as an objective description reveals the inner experiences and moods of the apparently indifferent characters. In this way, the novel becomes a biopsy of the soul and a projection of the consciousness. 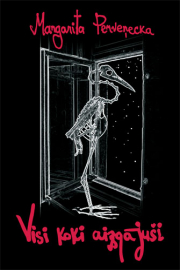 All the Trees Have Gone

All the Trees Have Gone (Visi koki aizgājuši)

The common theme throughout the short-story collection All the Trees Have Gone is the life stories of people who used to be (or still are) children. They all need to decide how they should approach life. Do they do it alone, or alongside someone else? Which is more important, their calling and the quests it requires (either inspired or clouded by childish imagination), or actual social relationships?

The collection’s protagonists try to make sense of themselves and the world around them and try to find their place in it and master the rules of life. Yet the key to achieving this is always missing—a result of their childish selfishness. But they are also thwarted by and at the point when mental and physical existence meet, when love is shattered and lies out of reach. Childhood can be broken, but doesn’t end. No one noticeably grows up. Loneliness seeps into the foundation of relationships. Some characters get pushed to life’s sidelines by their defeats, and waste away like dried-out flowers. Others keep on trying to grow up.

The collection culminates in the last story, which describes the basic desire for something indefinably vast. And what is this vast thing? Becoming one with the Universe itself. For that to work, do you need another human being around? And does that person need to be someone whose existence causes deep emotions that open your eyes to the invisible world, and let you experience moments of epiphany? Or can you become one with the Universe on your own, once you’re all grown up?

All the Trees Have Gone

About the German translation of All the Trees have Gone // Matthes & Seitz Verlag, piblisher's homepage [GE]

Review of All the Trees have Gone // Guntis Berelis' literary blog, 2006 [LV] 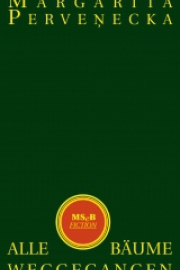 The collection’s protagonists try to make sense of themselves and the world around them and try to find their place in it and master the rules of life. 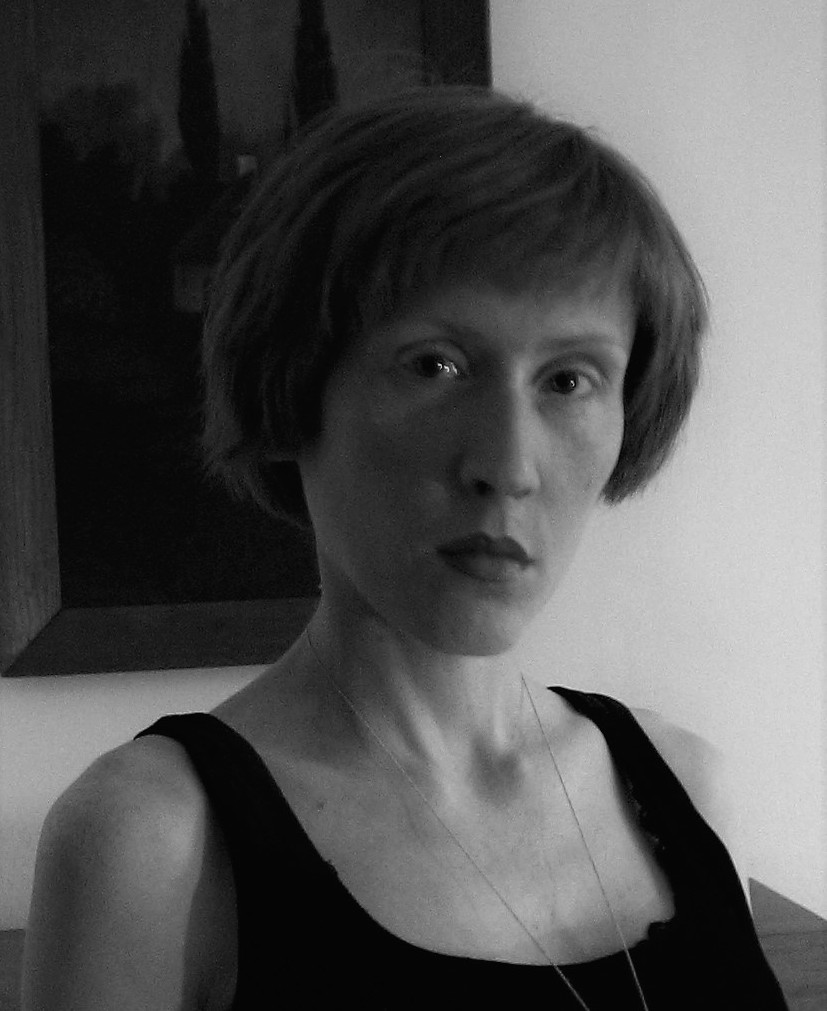