Eduards Veidenbaums (1867 – 1892) is a celebrated Latvian poet and translator whose body of work has greatly influenced contemporary authors, despite most of his original writing being published only as manuscripts or posthumously. Both the form and content of Veidenbaum's poetry are still relevant, and his harsh, at times angry expressiveness is often present in Latvian literature of the 21st century. In 1887, after finishing Riga governorate gymnasium, he went on to study law at the University of Tartu (then known as Tērbata), and was actively involved in the academic social discourse there. Veidenbaums was a member of the literary and science student society “Pīpkalonija” founded by Pēteris Pīpkalējs and other participants of the New Current movement. Economics, history, and issues of social injustice were just some of the subjects of his interest. Many authors point out Horace, Friedrich Schiller and Heinrich Heine among some of his biggest influences. Veidenbaums was a bright intellectual of his generation, well known promoter of science among Latvians, and an all-round promising young talent. He died of tuberculosis in May 1892. During the 25 years of his short life, his poetry was not widely acknowledged. However, in 1961, a monument to Veidenbaums, designed by Laimonis Blumbergs, was put up in Kalāči, his home town. In 1967, a literary award was set up in his name. 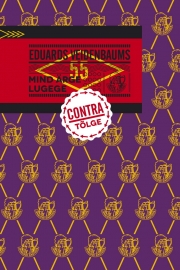